Just thought I would join in the quick takes link-up as I haven't done one of these in a long while.

1. The baby had her first snow adventure and loved it. She didn't like getting the snow suit on, but once outside she was totally at peace. 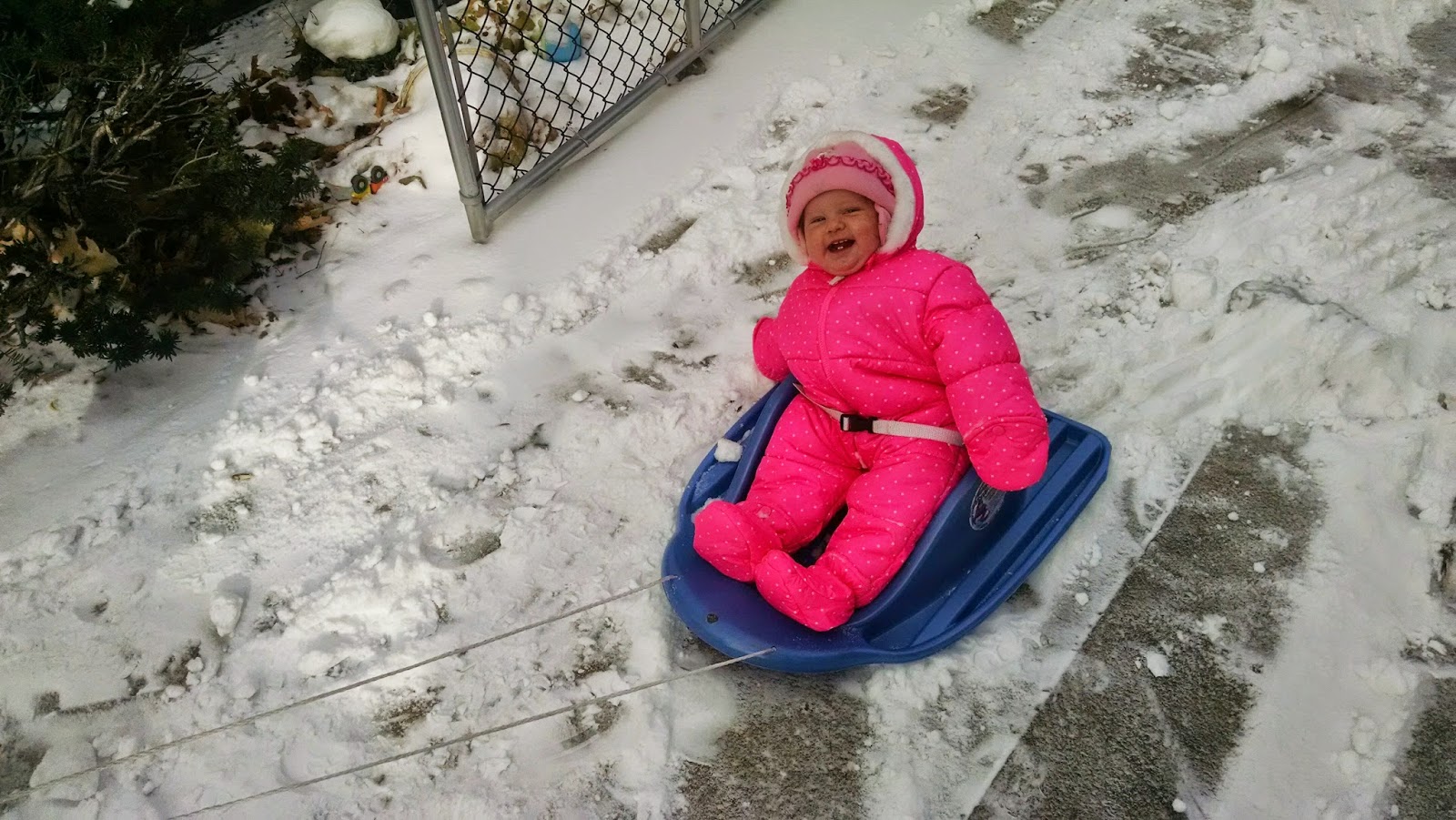 2. It hit 25 degrees outside today, so we had some outside play time for a bit today. The boys really enjoyed it. They love "plowing the driveway. 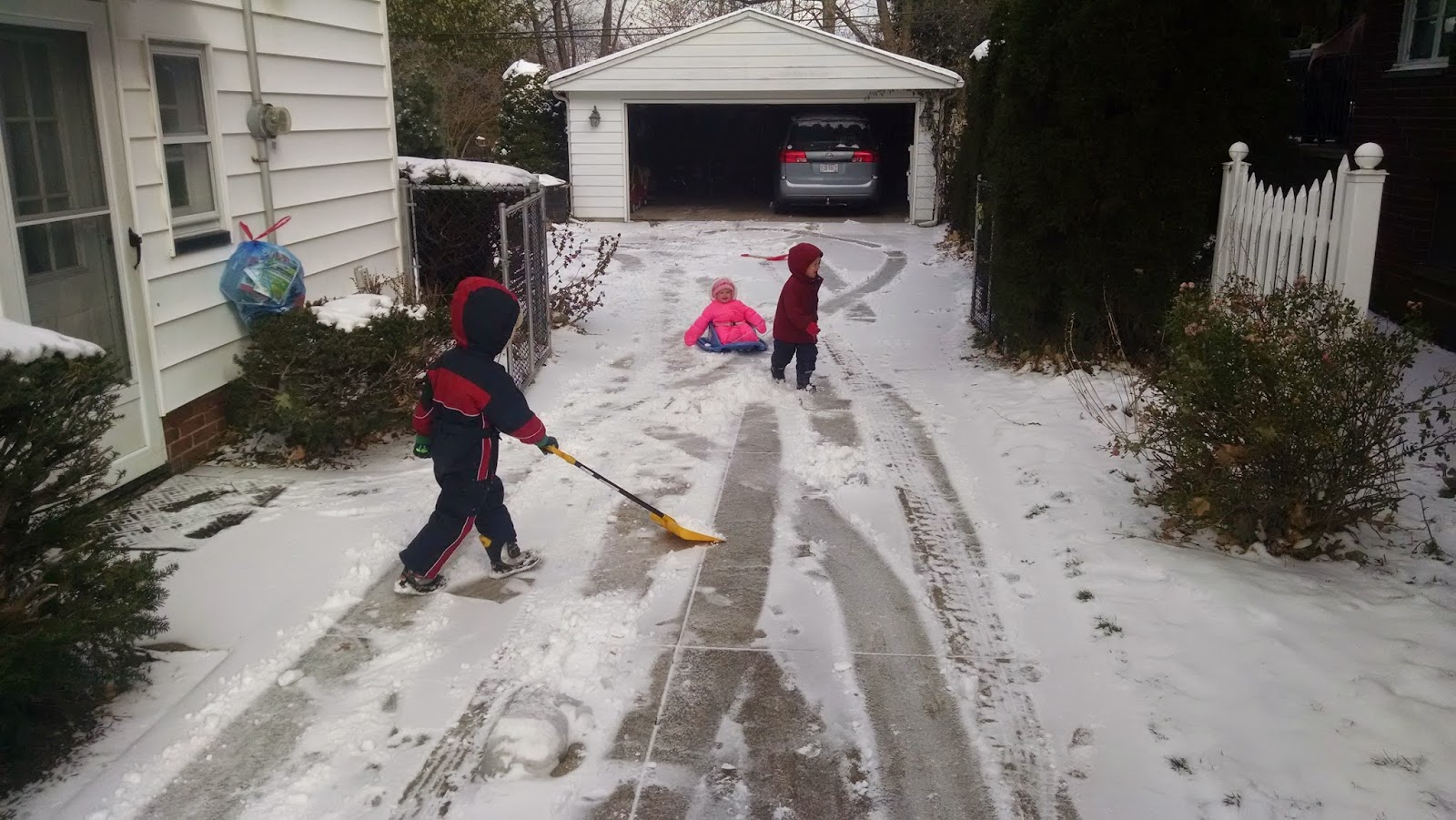 3. I've randomly found some cool natural parenting bits in children's books.  One had a baby carrier the other nursing alongside bottle feeding. I think the first book was Question Boy Meets Little Miss Know It All and the second was Goodnight New Baby. 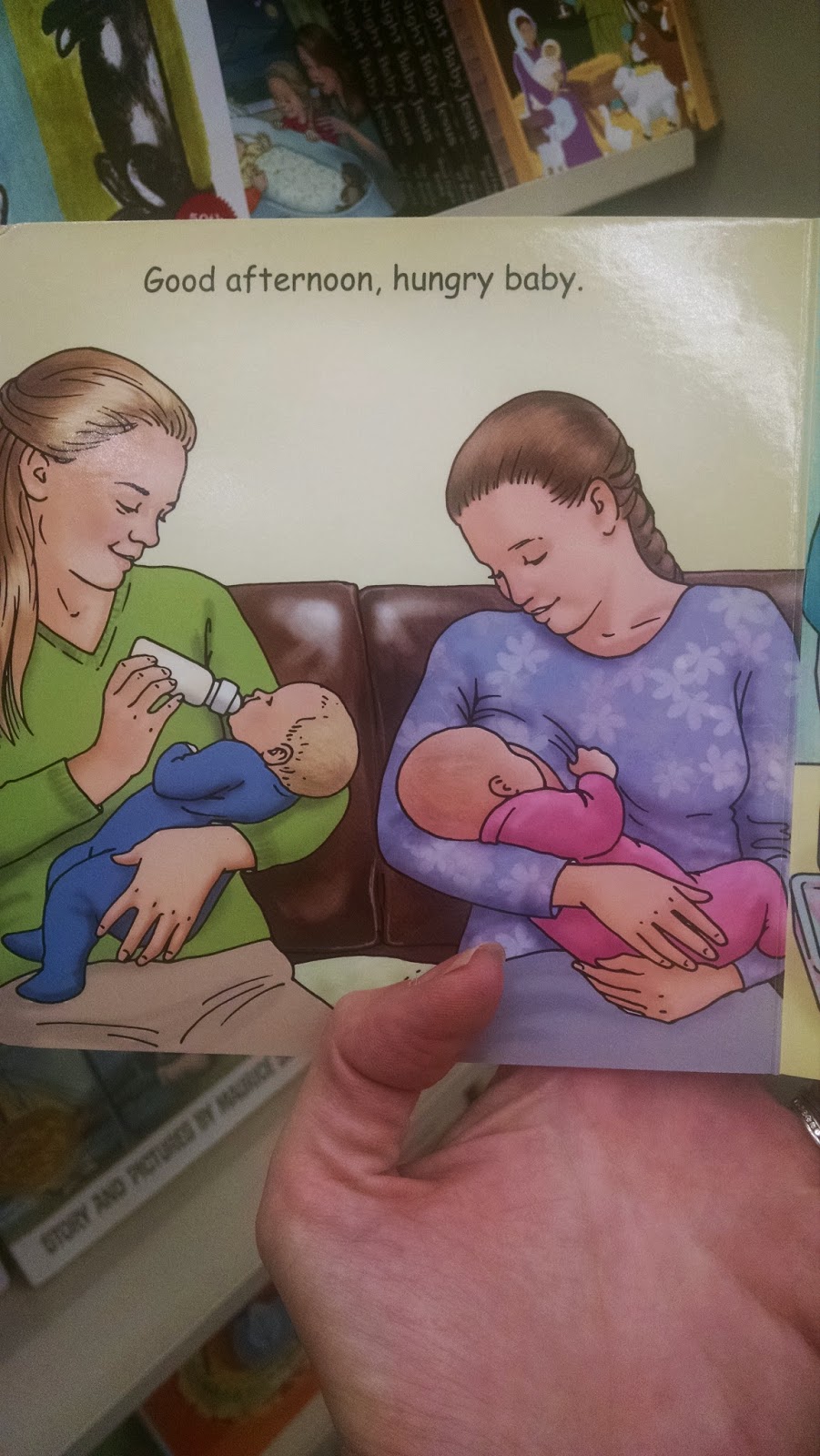 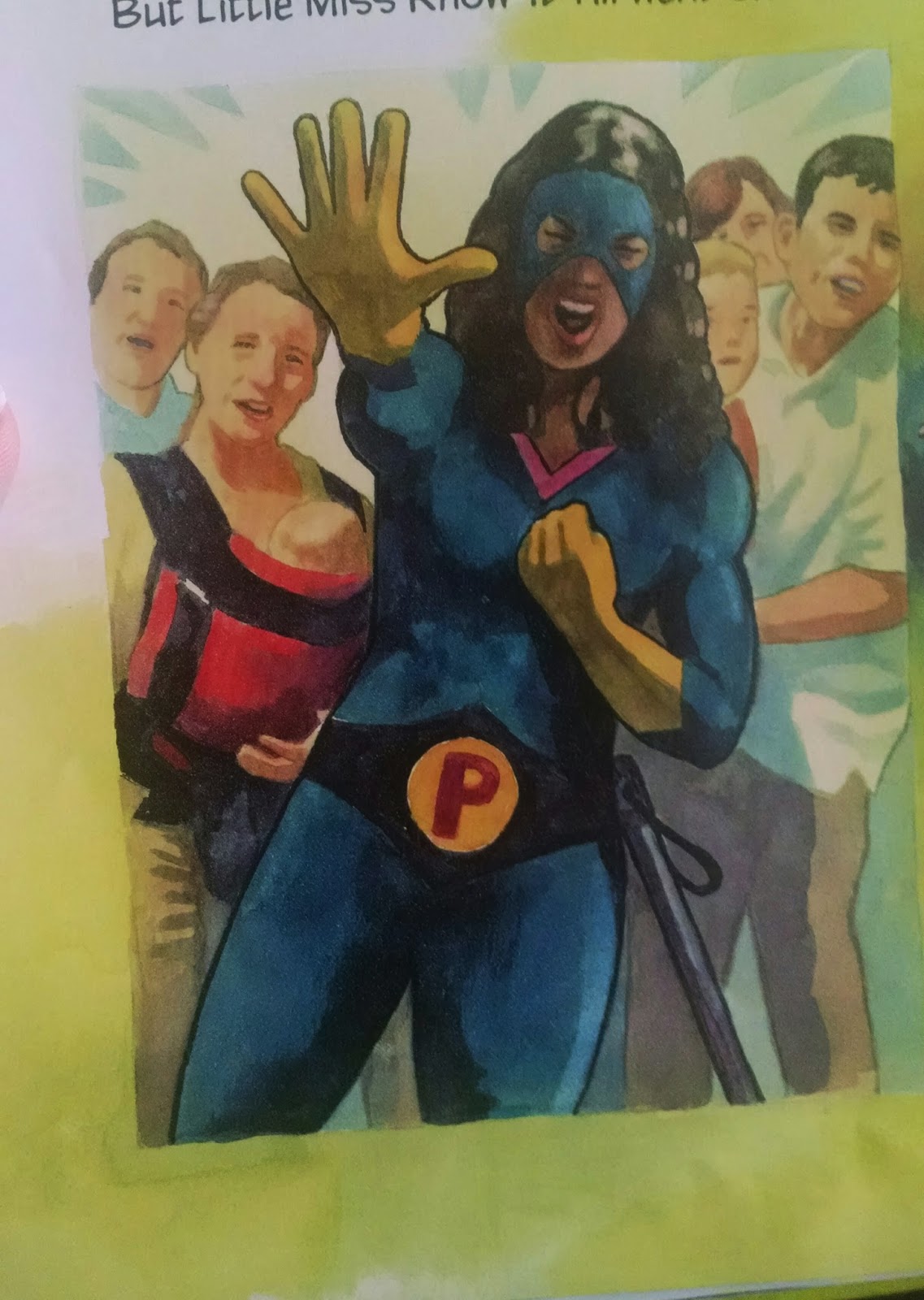 4. B and E have been playing Clifford and T-Bone a lot lately. Here is a partial dog house bit that kind of gets destroyed every two seconds. 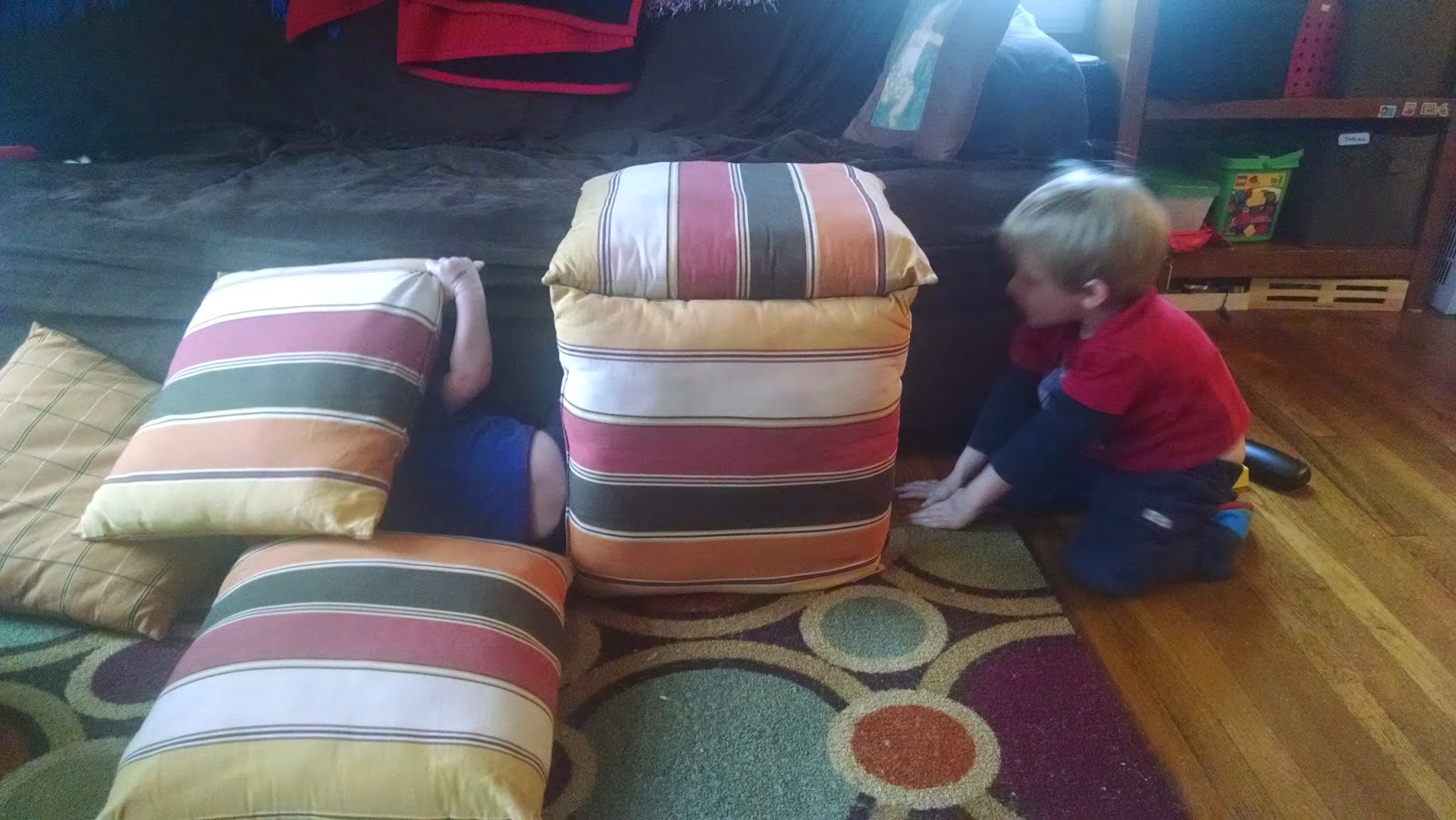 5. In the snow that we came back to on Sunday, the boys made a snow man themselves. Its amazing how much changes in a year, last year they totally couldn't have pulled this off, this year they are trying to make snowmen themselves. Crazy. 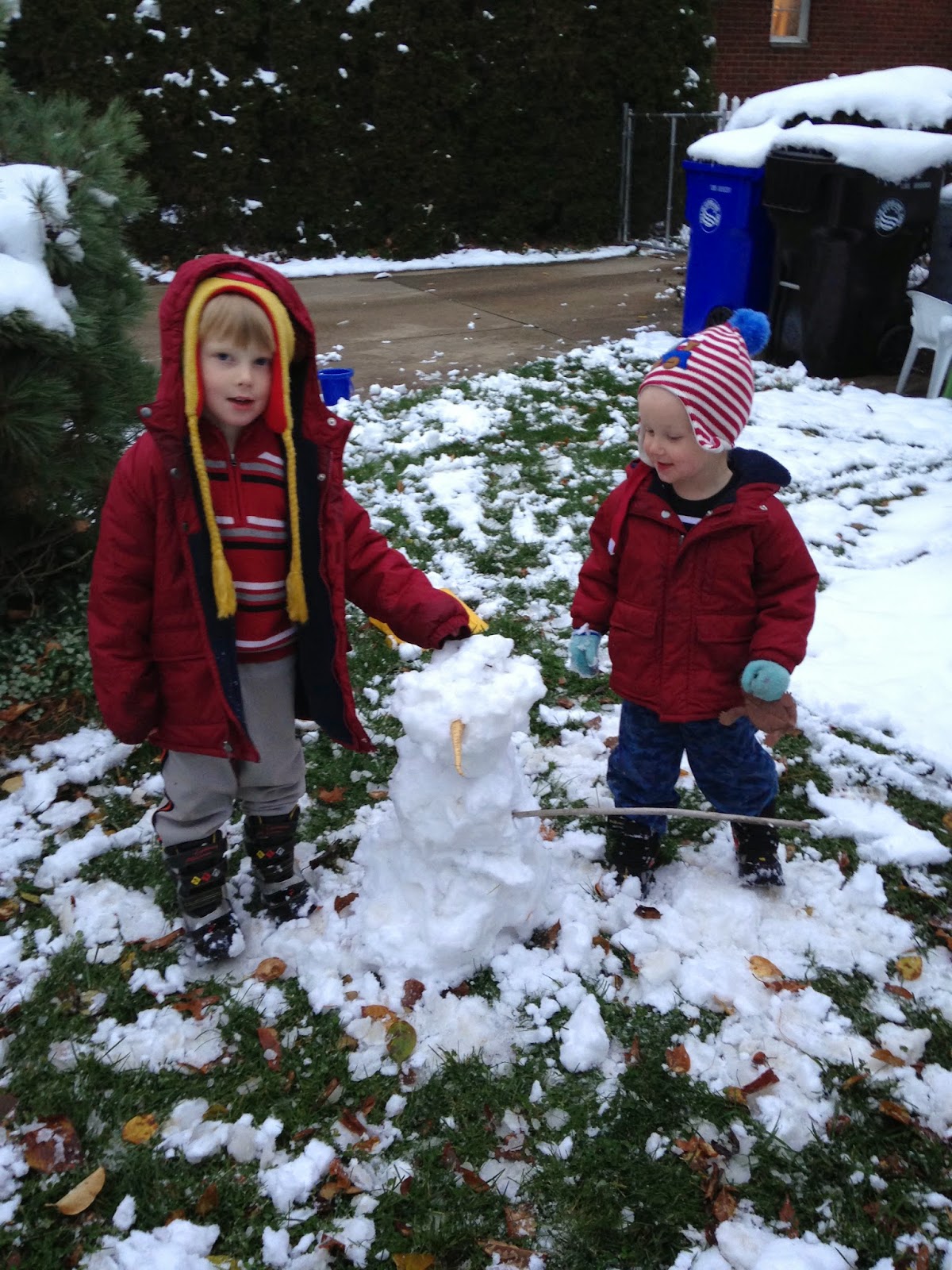 6. I made a five favorites toy post, and I was thinking if there were any toys that didn't make it but at least deserved an honorable mention.  I would pick art supplies, puzzles and trains.  We definitely have puzzle days, and the trains while not being played with as much as they once did are still around. And I think because I enjoy art projects, the boys do too.  Thus we have 2 cabinets of supplies.

7. And then I asked the boys what toys they liked the most and I got it right except they wanted to add Lightning McQueen. So there you have it, the infamous race car invaded Noah's Ark for a reason. 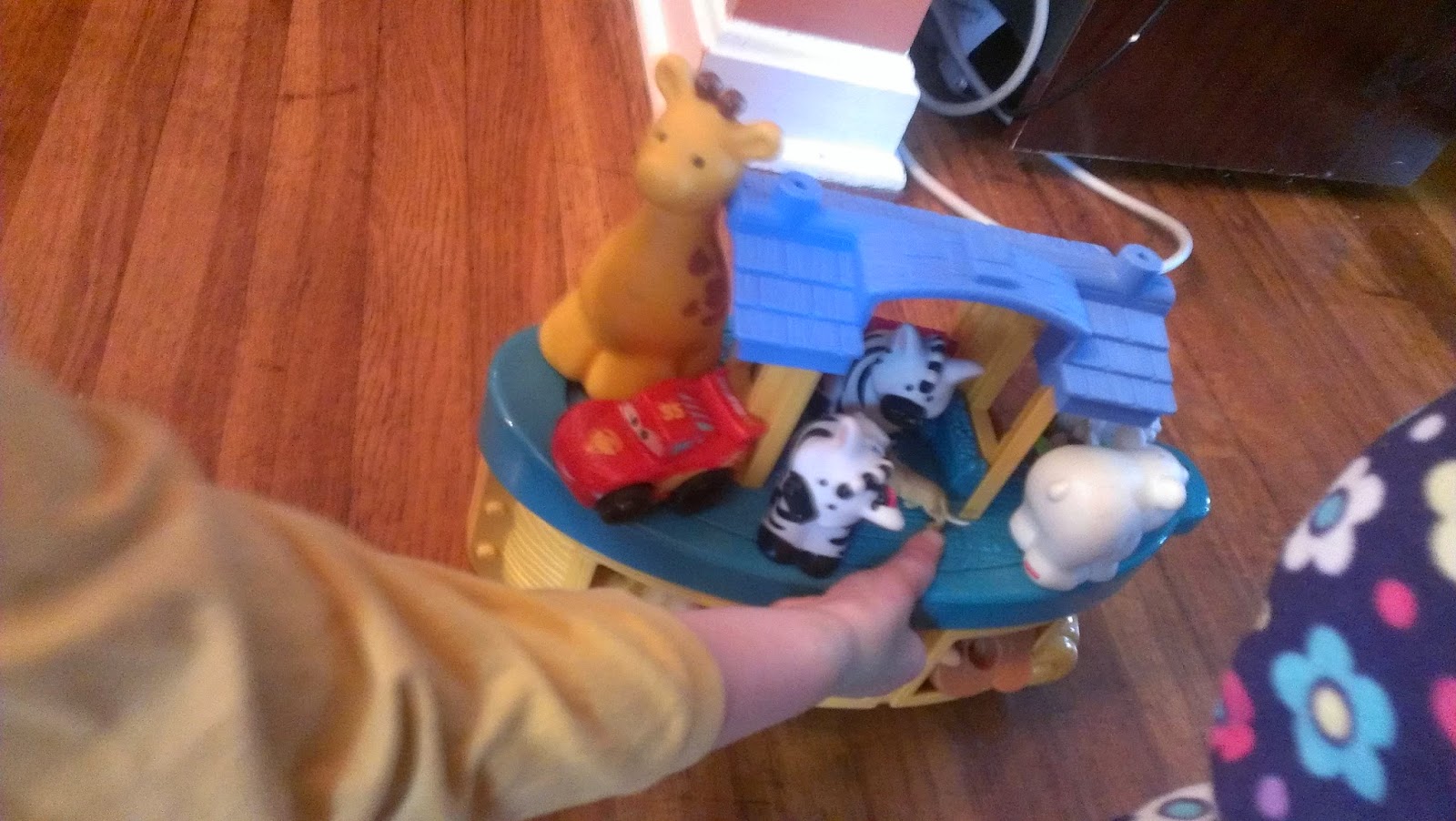 Check out more quick takes over at This Ain't the Lyceum.

Posted by Contranaut Girl at 9:13 PM