So we have a baby girl now.  It seems crazy, I mean I felt like she would be a girl, but I think I was setting myself for having another boy, and not that I would be upset with another boy, its just that I couldn't fathom that things would be be different.

Now on to her birth...Monday night I had a lot of lower back pain and it didn't really go away until the next morning. It snowed about a foot Monday into Tuesday morning, and while Keith decided to work from home all day, I'm thankful that his job allows him to do this, I had a midwife appointment at 1pm that I was set on going to no matter what.  So crazy kid me shoveled half the driveway with the boys semi helping and then let Keith do the rest.

I had my appointment and my midwife told me that I was contracting. I just didn't feel it at this moment. Fast forward to Thursday and I while I was making dinner I started having a few contractions that I actually felt but they stopped when I sat down for actual dinner.

Friday night, I didn't have any more contractions, but for some reason there was so much pressure and baby felt so low that I just couldn't sit.  I found myself hanging over an exercise ball just because it felt better and then I went to bed hoping to get some sleep.

At 2am I was woken up by contractions that continued every 7-10 minutes till about 5:30.  But nothing really picked up and actually around 5 they slowed down. So tried to sleep and got about an hour or so of sleep before the kids woke up.

This whole week Ephraim had insisted on staying as close to me as possible. I think he could tell something was about to happen.  So he stayed up later than normal watching the olympics with us and slept on the crib mattress beside us or on the floor if he rolled off looking like this. 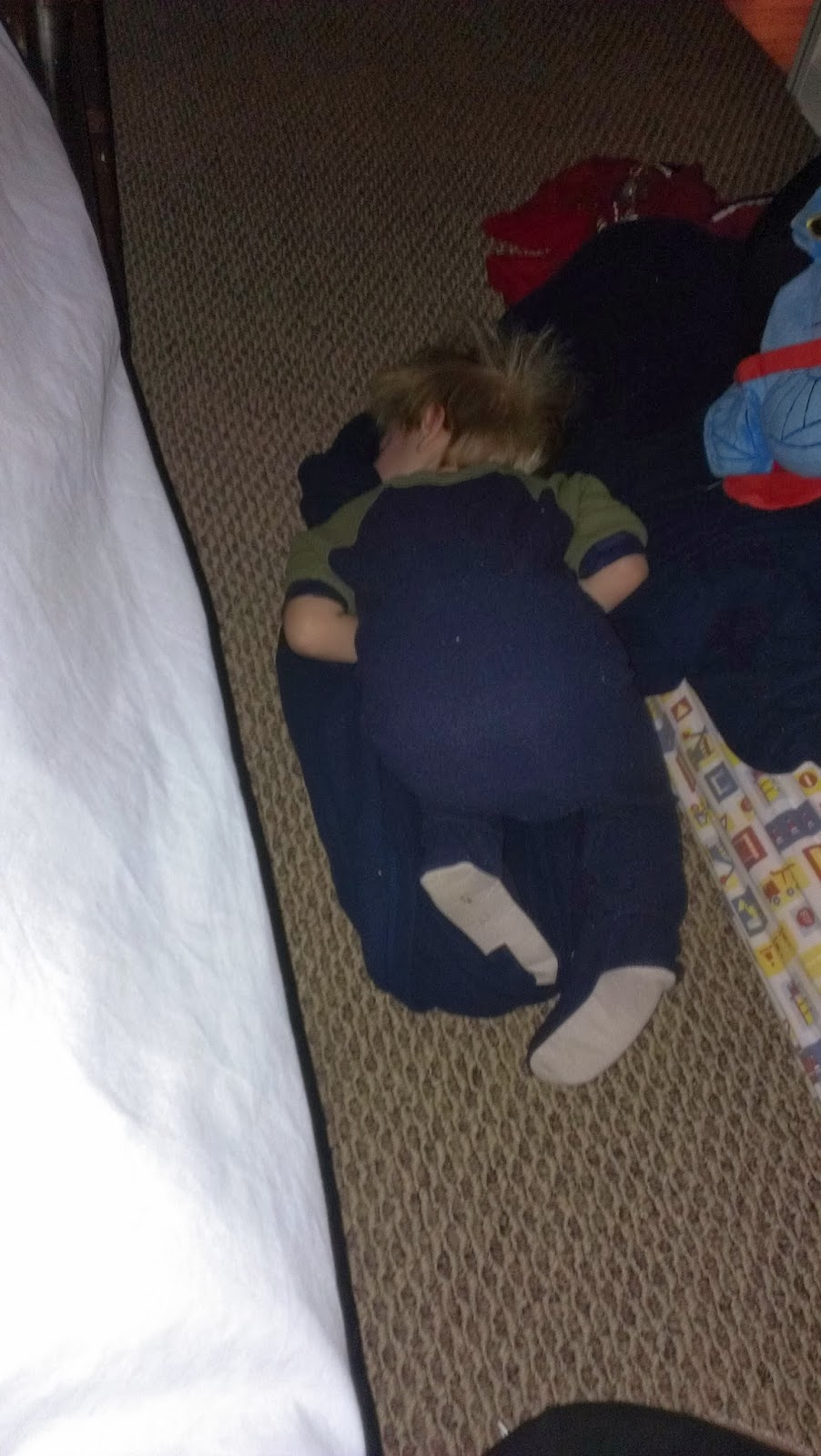 It was like he was my own little watch dog. He refused to be moved, so we just let him be.

Things slowed down for a few hours in the morning, but I still called my midwife to give her a heads up because well, I haven't had false/warm-up labor to that extent before.  So I figured I should at least let her know what was happening. She said she had one appointment to go to and then would be at her MIL's house, which happens to be about 4 houses away from ours.

I figured I was in labor at this point, but I just felt like it was going to take awhile, so I sent Keith to Target to get some things we were missing in the house, and since I hadn't gotten my GBS result back, I needed the rinse that prevents GBS from becoming an issue. I haven't been GBS positive before, but I know it lives in your system and can present itself at anytime and causes major issues with baby. Thus, better safe than sorry.

Keith came back and at this point I had started a puzzle and the in-laws were called to come get the kids. So around 10:30-11am the boys were picked up and oddly contractions started getting closer again. I watched a whole bunch of house hunters on Amazon Prime TV and by noon or shortly after I again called the midwife, because well things were more intense. I got her voicemail but within a few minutes she called back and said she was in the neighborhood and would be there in 2 minutes.  And a good thing she was because apparently active labor was pretty short for me, about an hour.

We tried to set up the tub, but well, it takes more than an hour to do.  I think next time if we do water, I think I will tell Keith to just start it as soon as labor starts because well otherwise its useless with me since there is not enough time.

The midwife was cool about everything though and Keith and her just quickly made up the bed for birth because she knew I was close.  I remember asking to use the bathroom, because well, I just think for me its natural with all the pressure to want to bear down over something.  But she reminded me if I did that, there was probably going to be a baby born in a toilet.  And while she was okay if I wanted to do that, I thought it might be a nicer story to tell baby later that she wasn't.

So in about 3 pushes I had a baby girl out.  I was totally amazed she was a girl, despite the feeling the whole time that it was a girl. It took about 20 minutes afterward for the placenta to deliver itself, but it didn't matter because I had a baby girl in my arms. All the mess went away quickly and nothing was ruined or stained in the house.

It was honestly not highly dramatic like last time and I think I needed that.  I know God was still looking out for me though with the uncertainties of short active labor and him putting my midwife right in the neighborhood when I needed her to be. I am thankful to have a healthy, beautiful baby girl in my life now and I am enjoying all the shenanigans her brothers are causing in the chaos of a new baby.  Now if only could get the boys to call her baby Helena or Lena instead of baby Gaby which they insist on calling her. 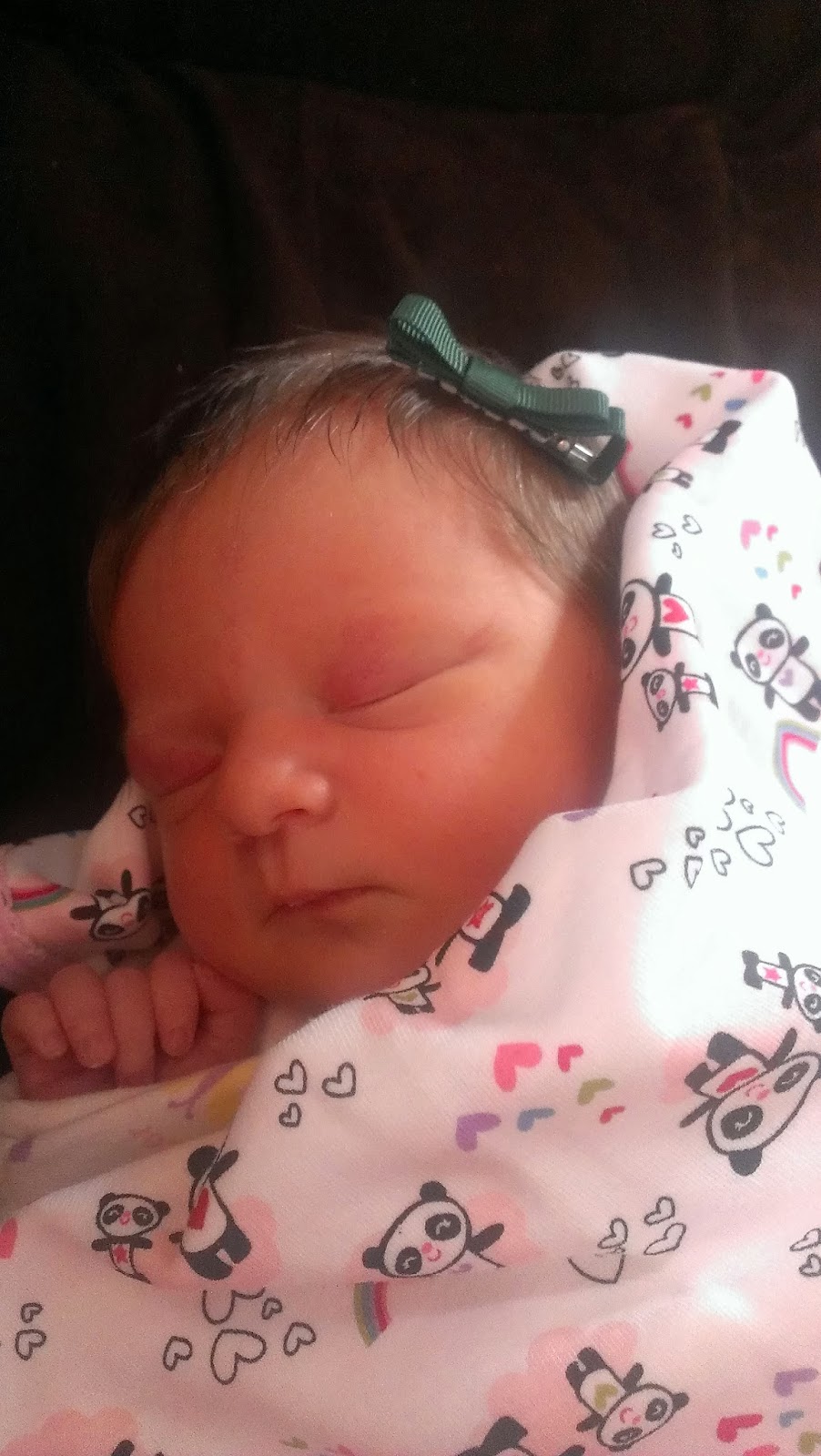 Posted by Contranaut Girl at 8:08 PM No comments:

This is over a week late announcement, but since I'm just trying to not think about things and hopefully soon have a baby, here you go. I hope to see you in July! 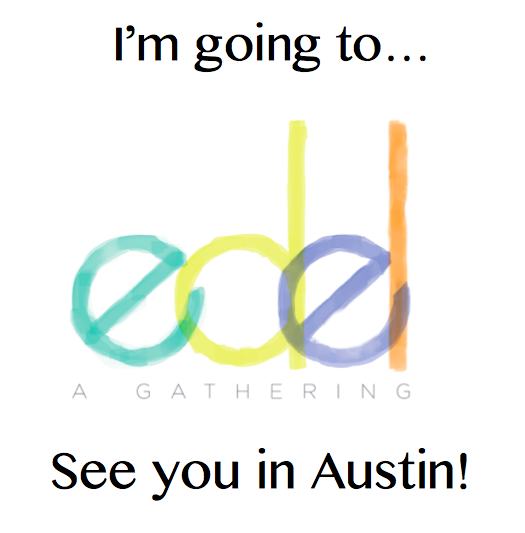 Posted by Contranaut Girl at 5:24 PM No comments:

I admit almost daily to my husband that I am crazy during pregnancy.  And somehow yet, he deals with me gracefully.  I know this time around I have specifically struggled with what happened last time and what I want to happen this time around during delivery.  I keep getting it into my mind that something is going to happen that is bad and I won't be able to deliver here at home like I want to. I guess also taking the leap towards home birth scares me a bit too, because its an unknown to me. I can't say what is really going to happen. But then again, "There is a gift in not knowing." Sarah Reinhard reminded me of this in her Pregnancy Companion book that the lovely Elizabeth Buergler pointed out to me.  I think sometimes its so hard for me not to know, but then that is kind of the whole game of parenting isn't it?  You put in all this effort into trying to get your kids to heaven when in the end they too have free will.  You don't know what will happen because only God does.  It's a crazy challenge to just set forth each day and try to do your best with them in each moment.

The song "Worlds Apart" by Jars of Clay, a song from my childhood, always gets to me whenever I hear it.  It's always a different part but the tears come no matter what.  I spent two nights ago singing this song and crying along as well after I had heard it earlier that day.  I needed that cry.  I feel like for some reason the extra hormones have ALL the emotions inside me these days, and sometimes the only satisfying thing is a good cry.

Anyway, after reflecting and multiple replays of the song, two things stuck out at me. The first is, "Because what I need and what I believe are worlds apart." Ugh, to explain this now.  I keep deleting, but maybe I will get this this time. A while back, probably in the summer, I was reading the devotional called A Catholic Woman's book of Days by Amy Welborn.  In it she describes a scenario where her daughter is afraid of the dark, even though there is no reason for her to be while she is in her bed safe at home.  She says she knows it but is having a hard time believing it.  I think this is me a lot of times.  I know God is there, I see his work in my life and yet I fail to believe it so. God knows what I need, but I am struggling to really believe it.

The second lyric that stood out was "It takes all I am to believe; In the mercy that covers me." Here we go with the believe again right?  So the other day, I was contemplating grace and mercy. More so grace to start out, because I kept hearing it in songs, and I was like I know what grace is, but do I really.  So I looked it up being the nerd that I am.  Grace is an unwarranted blessing, at least in my understanding.  I can see these all throughout my life and over the last year, I have opened myself up to try to be more thankful for them.  But I still felt like something was missing.  And it was the concept of Mercy.  It's probably odd or maybe just my age that shows, when the first thing that pops into my mind with this concept is Uncle Jesse on Full House saying "Have mercy!" in his Elvis voice when things go awry with the girls in the house.

The thing with mercy is that I know I struggle with it, because while I understand it exists, I fail many times to believe it applies to me.  Probably the thesis of the "Worlds Apart" song.  But I need to know right here and now that it does, because otherwise I don't think I would be where I was at with this baby with his mercy.  This baby that God is giving to me for just a short while in the scheme of things. He gives me mercy through the anxiety and the tears and the pain.  He really does want good things for me even if I want to think otherwise.  He knows I'm trying and he loves me.  For that I'm thankful.  Now if only you could tell me this at midnight tonight when I wake up in panic mode. :)

In other news. Do you think I swallowed a watermelon? 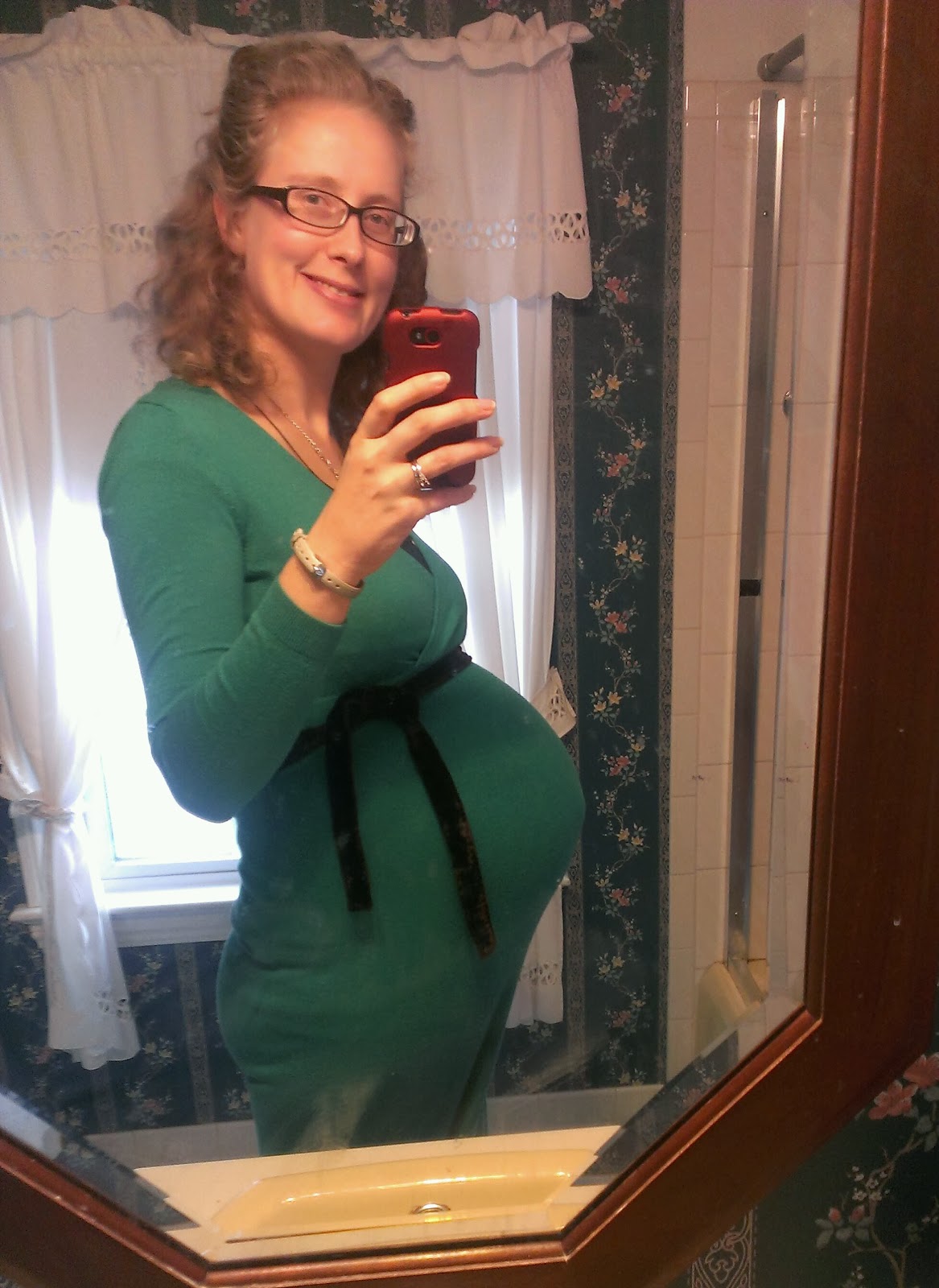 Posted by Contranaut Girl at 3:14 PM No comments: