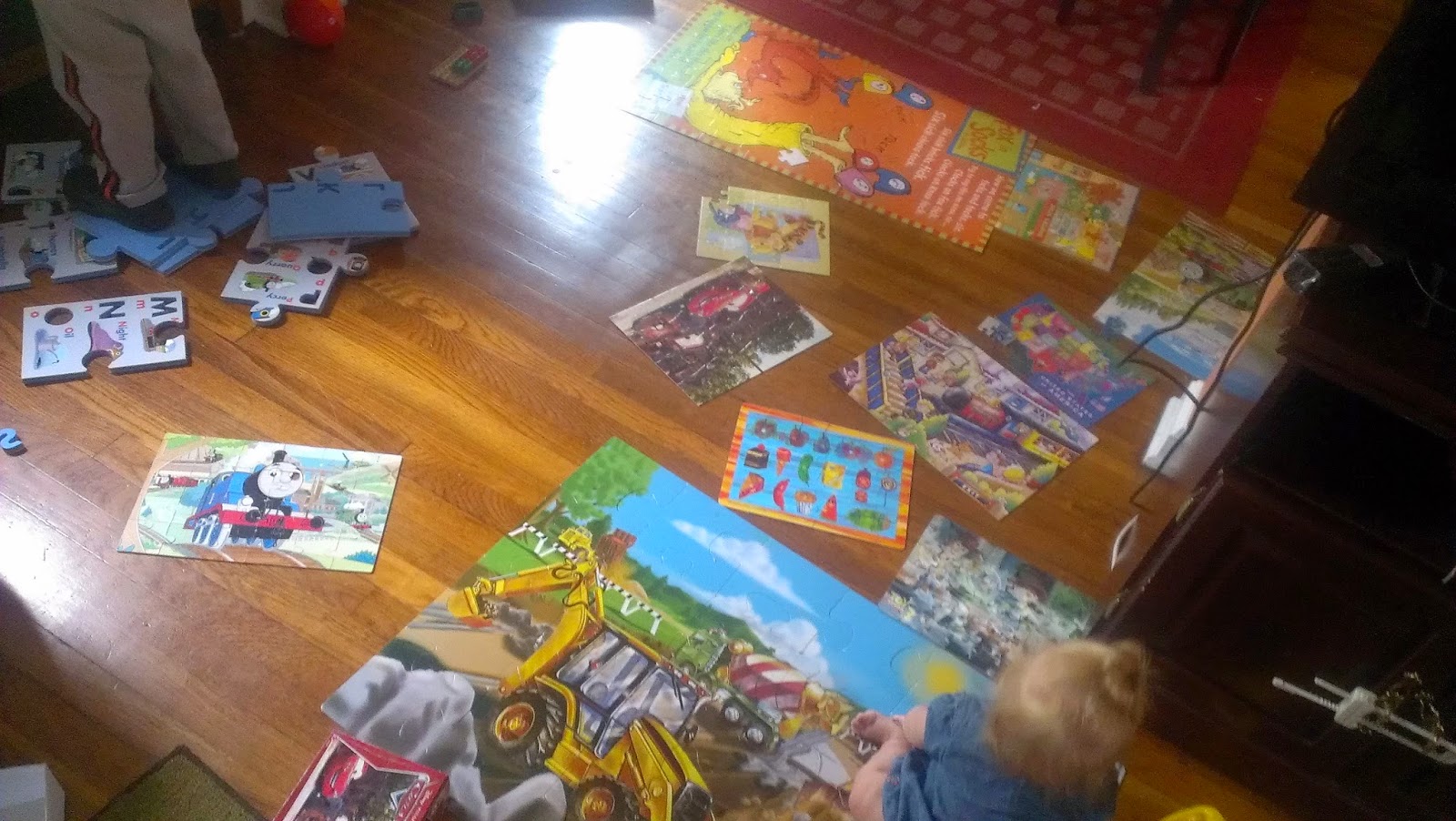 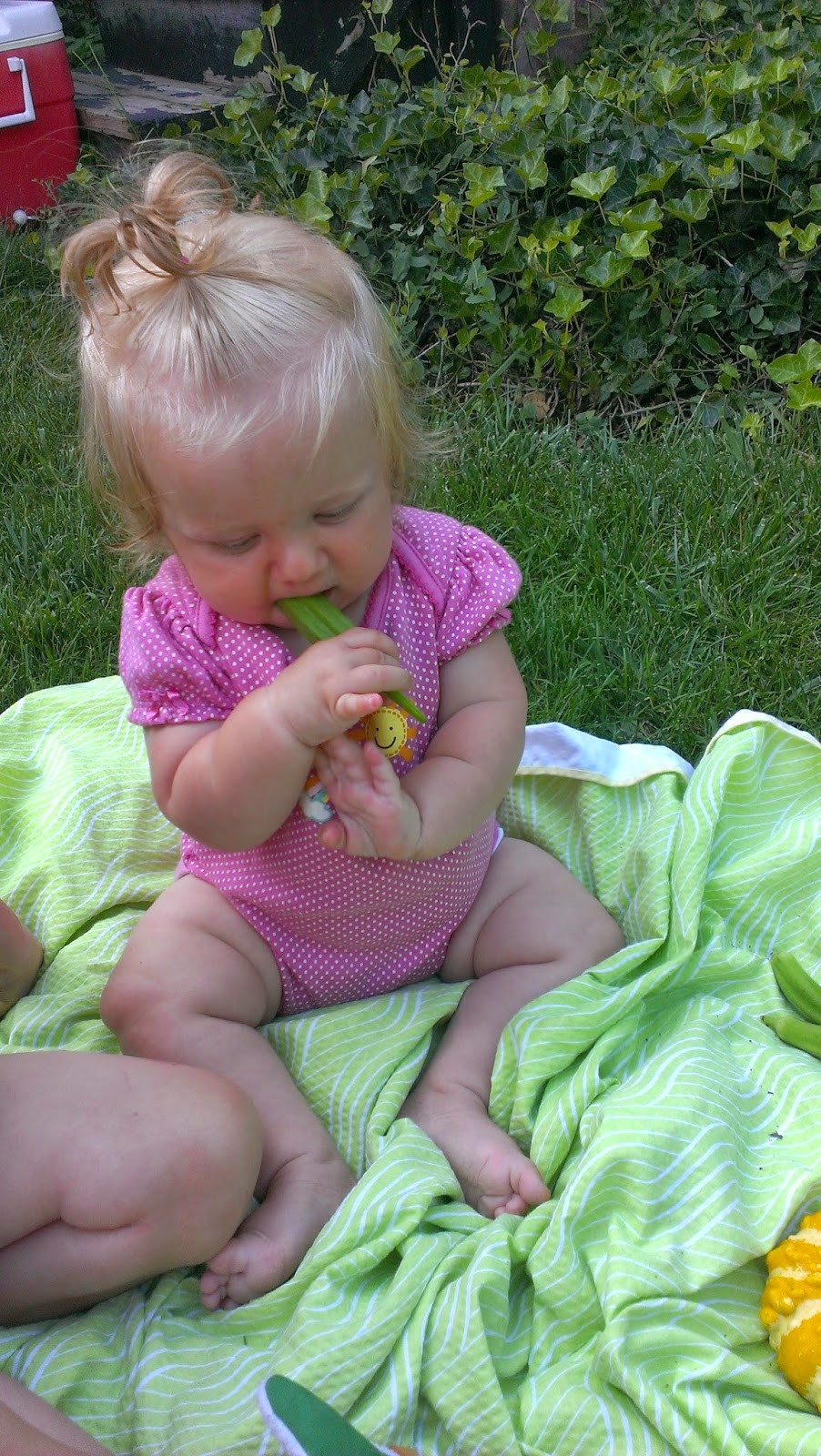 Posted by Contranaut Girl at 9:40 PM No comments:

Real Learning and My People

As you may or may not know, we are attempting homeschooling.  I've been reading a lot of books about homeschooling via suggestion of my friend Jordana and the latest one being Real Learning by Elizabeth Foss.  I think if there were one person that I am a total fangirl of in the Catholic blogosphere it would be E. Foss.  She's just amazing and yet very down to earth and engaging. So I'm reading her book and so far I love it and I'm maybe a quarter of the way in.  It just makes sense to me. I always felt like school should not be school in the way its done with so many hoops to jump through but to simply learn for the love of learning.

My few takeaways so far are to read more aloud to them the classics.  And perhaps I'm stretching this a bit, but I'm having fun reading them the books that I love.  The ones that set your imagination going, and so far its going well.  Granted we are only reading Because of Winn-Dixie, which is not high literature, but Ben likes it.  The 2 year old is probably picking up on it somewhat, but he doesn't seem to like to sit still for it because there aren't any pictures to look at while we read.

Next is that I really want to do more audio books for longer car trips.  Its almost 6 hours to my parents place from here, so why not use that time to "read" a good book and have the kids enjoy/learn too.

Another is I want to engage more with questions and presenting more options, I think this means that I should also be more disciplined in my ways.  I can so easily veg out with FB or other social media and while its good to relax, there needs to be balance, and I'm going work on trying to find it.

In a case of using social media for good, today, I put together a park date with 3 other homeschool moms and corresponding kids from our parish.  It was really great.  I came away thinking these are my people.  Sometimes, things feel forced, this totally did not, and I loved it.  I'm excited that I have met these ladies and I look forward to hanging out with them and learning so much from them and just being able to have good company and conversation.

So that's it, hope your last week of August is off to a good start.
Posted by Contranaut Girl at 9:42 PM No comments:

Hi ya'll.  Its been a while since I've participated in one of these, I just keep forgetting to take pictures of my outfits. So here goes. 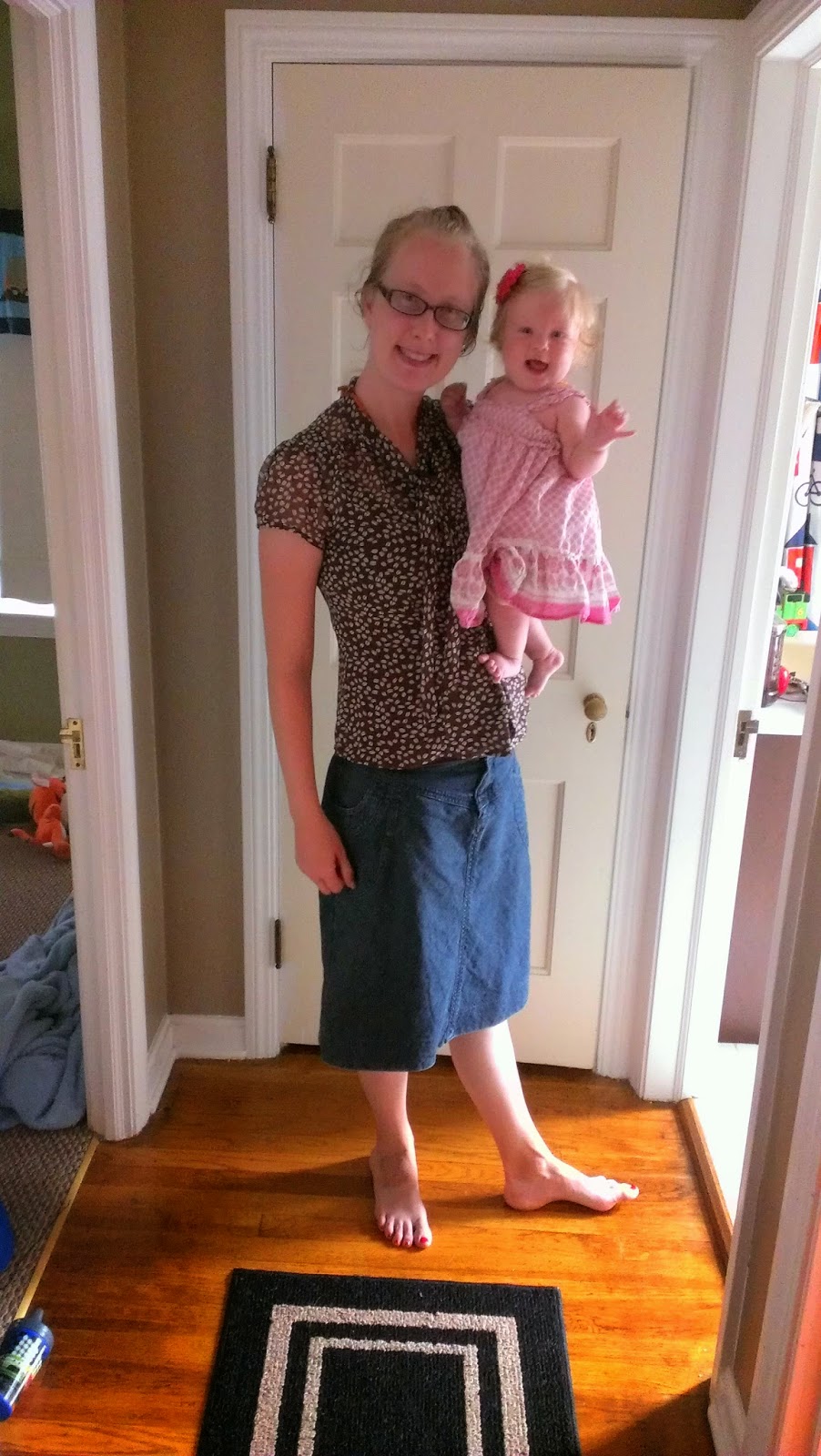 A lot of my outfits these days are skirt and shirt type of things because I need them to be nursing friendly for baby H. I apparently didn't actually buy any of the clothes I am wearing here which is odd I know, but clothing swaps are awesome like that. If I was really accurate, I would have added a Boba carrier to the mix because well baby girl seems to think that the only place she can nap when out right now is on my back in the Boba, so it was how I spent a good deal of mass.

As for mass, I loved the homily today and needed to hear those words of "Jesus is here, do not be afraid."  I often get overwhelmed in the everyday and if I lose sight of the peace of Jesus it gets all the more overwhelming.  So I am sure glad that those were the words said today. I needed them.

Check out more Sunday outfits at the linkup on Fine Linen and Purple!

I hope we can agree

Every so often I have this nightmare that my family is being persecuted and my first thought is that we are going to be found out in our hiding because of the children. My children would never understand the need to be completely silent or not have their ever needmet ad they've come to expect. Every time I wake up in a panic. I always am so thankful that this is not my life and that God has spared me.

But then this whole Iraq thing has happened and it seems unfathomable. Large groups of families are being persecuted to death because they are something that I am. My fear is realized in other part of the world and my heart breaks.

Because while no person should every be killed or persecuted at all due to their faith, a special heart string breaks for the families that are in this situation today. I now get the vulnerability that comes with children of being a mother/parent, knowing that you would do anything for your child, but someone has decided that you aren't worth it, that by being something they are not you are inherently evil to them.

The children are so innocent and the babies, don't even get me started, they don't understand anything but love. To think someone would think their lives aren't worth it and behead them. I just can't even. So I'm shying away from the social media today and just praying for this all, that we on the outside can step in and free the persecuted, that there can be heroes from within who stand up to the evil.

And I know my perspective might be silly and an understatement, but I think we can all at least agree that children no matter whose they are should never be beheaded.

Posted by Contranaut Girl at 3:13 PM No comments:

God knows what he is doing

Hallie Lord at Edel simply told us, "It is good that you are here." When I first heard this, I thought to myself, "Thank-you, I'm glad I made it." And for a while that is all I thought of it. But then almost a week after returning home the devotion I was reading returned to that same theme. And it was good that it did. Because as awesome as it was to get a break there was reality to return to and with that reality, the same issues that were left behind came to the surface again.

I struggle some days to find peace amongst the chaos of 3 under 5. Actually, I struggle with this probably more days than I'd like to admit. In reading the devotional passage the author, Amy Welborn, brought her daughter to a beach on a particularly rough day, knowing she'd find solace there. She just knew it was a good place to be. And so this is with my life. I'm here, restless most days, but God knows I need to be here. He's given me the tools to make it through. To be able to find peace in him amongst the chaos.

And it is so hard on those bad days when the almost 3yo decides its a good idea to pee in the sand box or the 4.5yo deliberately hits me in the face with one of his toys or the baby is just gonna scream all day about something. To be in that and find peace, it's so hard, and yet God knows I can do it. He knows it is good for me to be here. And so it is, I just have to find him more amongst the chaos in the love so that there can be peace.

Posted by Contranaut Girl at 8:40 PM No comments: