Expectations are a peace killer

I went into today knowing I would be taking three kids to mass solo for the Feast of the Immaculate Conception of Mary. I was even a bit grumpy about it, because it seemed unfair.  "Why should I have to take all of them myself?" I thought. I was creating a hard time for myself in my head even though it didn't exist yet in action. You see I have this expectation to myself that I have to have well behaved kids in mass.  I have had single 20 somethings or actually groups of adults move from sitting in front of us on me for my kids being loud to them aka kids.  We don't have a cry room though and for that I'm thankful. Now, I do remove them to the vestibule if they actually cry but normal babble, as much as we work on whisper voices, happens.
So today, today I did pack up some extra things I wouldn't normally have because mass was over lunch time, snacks and coloring sheets that were themed for today (bonus points right?). But still, I was up, down, left and right for a good portion of the mass besides the normal up and down that comes with the mass. Chew toys fell and little boys wandered and siblings blew raspberries at each other. Poor Helena who probably needed to be fed didn't, but she was a trooper and didn't complain.
At the end of mass, two women actually commented positively on my kids, which I wasn't expecting.  The one woman totally threw me off my game though.  She said she had four children of her own, and two of them were autistic. She then told me it made her so happy to hear my kids and their babble despite the normal expectation of people wanting kids to be quiet in mass.  She said because she knows what a gift it is to have children who can communicate, each time a kid ''talks" in mass she sees it as a blessing.
This stole my heart.
My pride before this had taken away my heart feeling like my kids needed to fit into a box, but I think Jesus had her speak to me today to destroy that expectation of my kids needing be silent always in mass.  I mean, realistically, how is that even possible with 3 kids under 5 years of age?
I remember a conversation with a twitter friend about cry rooms and a certain expectation, this exact one that I just described, having the kids be silent.  Its not real though, people are people and life happens. Jesus is there, he meets us there whether it be in the chaos of three small children or some other life situation. He is there.  While the ideal is certainly something to strive for, the journey is important to, and right now this where I am at, 3 small people at mass sometimes by myself. Letting go of the expectation of perfection at this point is the only way I am going to find peace, and I am going to try my best to be okay with that. 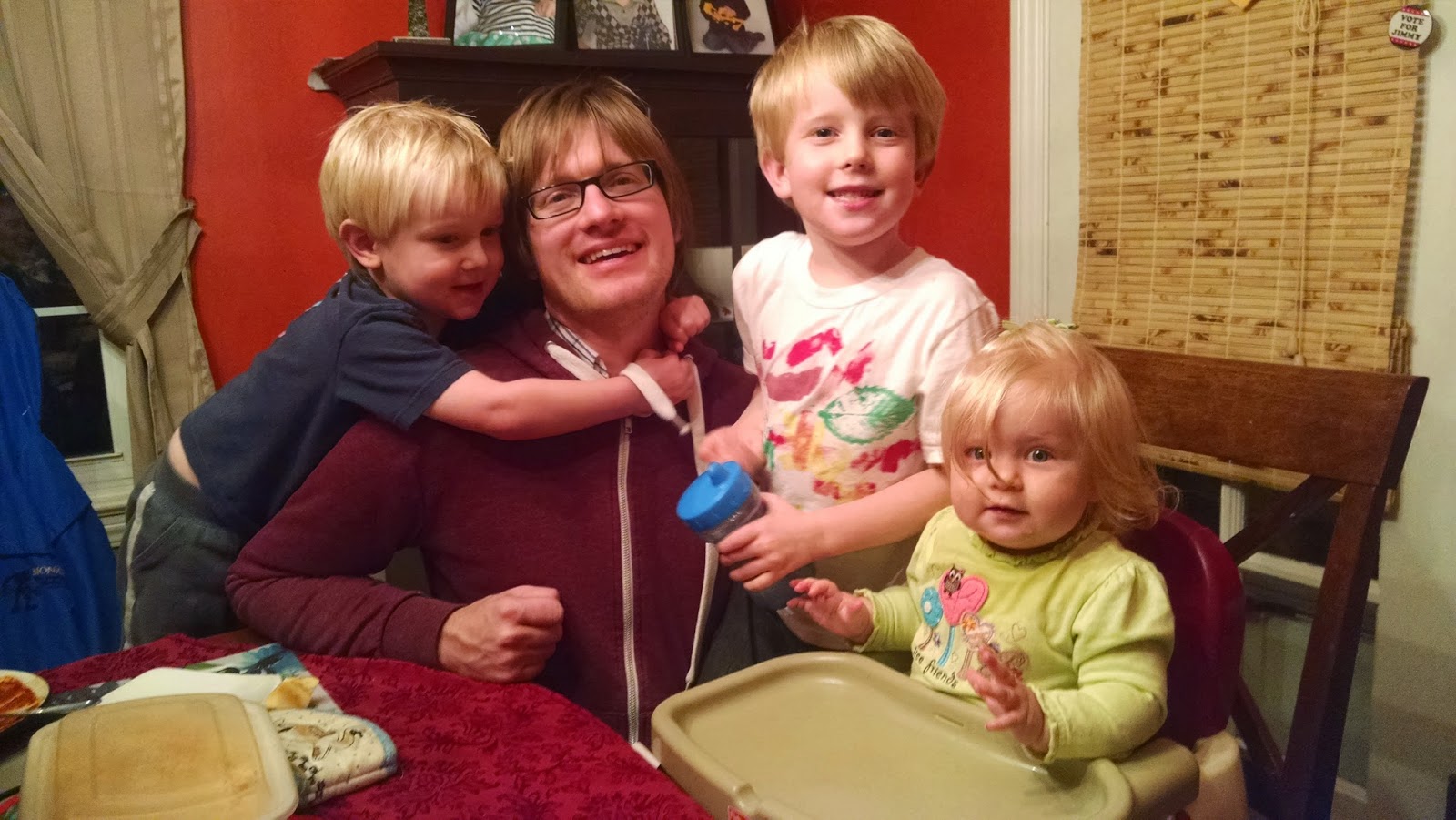 Posted by Contranaut Girl at 10:37 PM