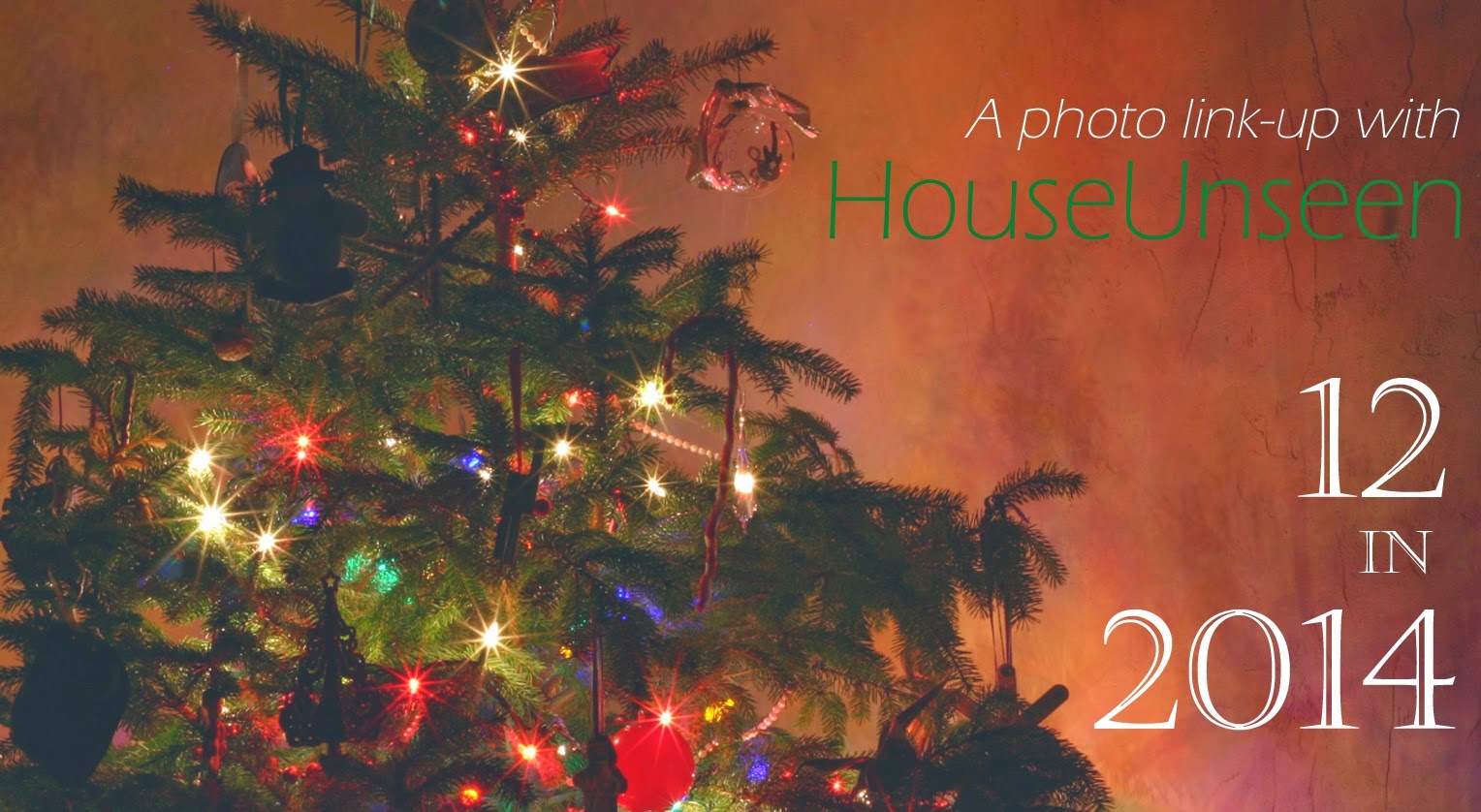 12 photos for 2014. One for each month.  Well I broke the rule for that a few times, but eh, it was hard to choose.  Other times I feel like I probably included one thing but forgot another, but here goes. 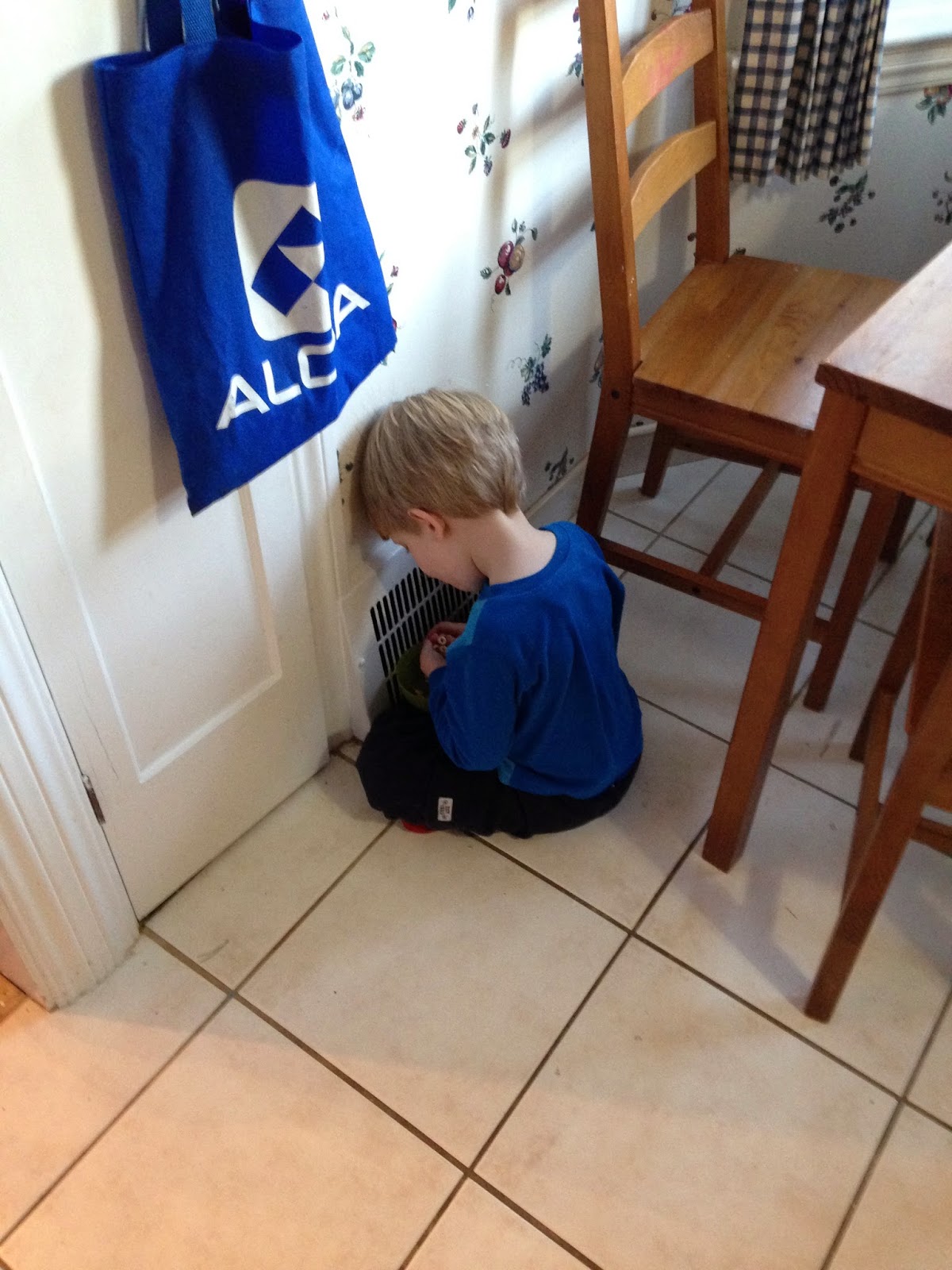 It was so cold this past winter, that Ben made it a habit of eating his breakfast next to the powerful heat vent in the kitchen. 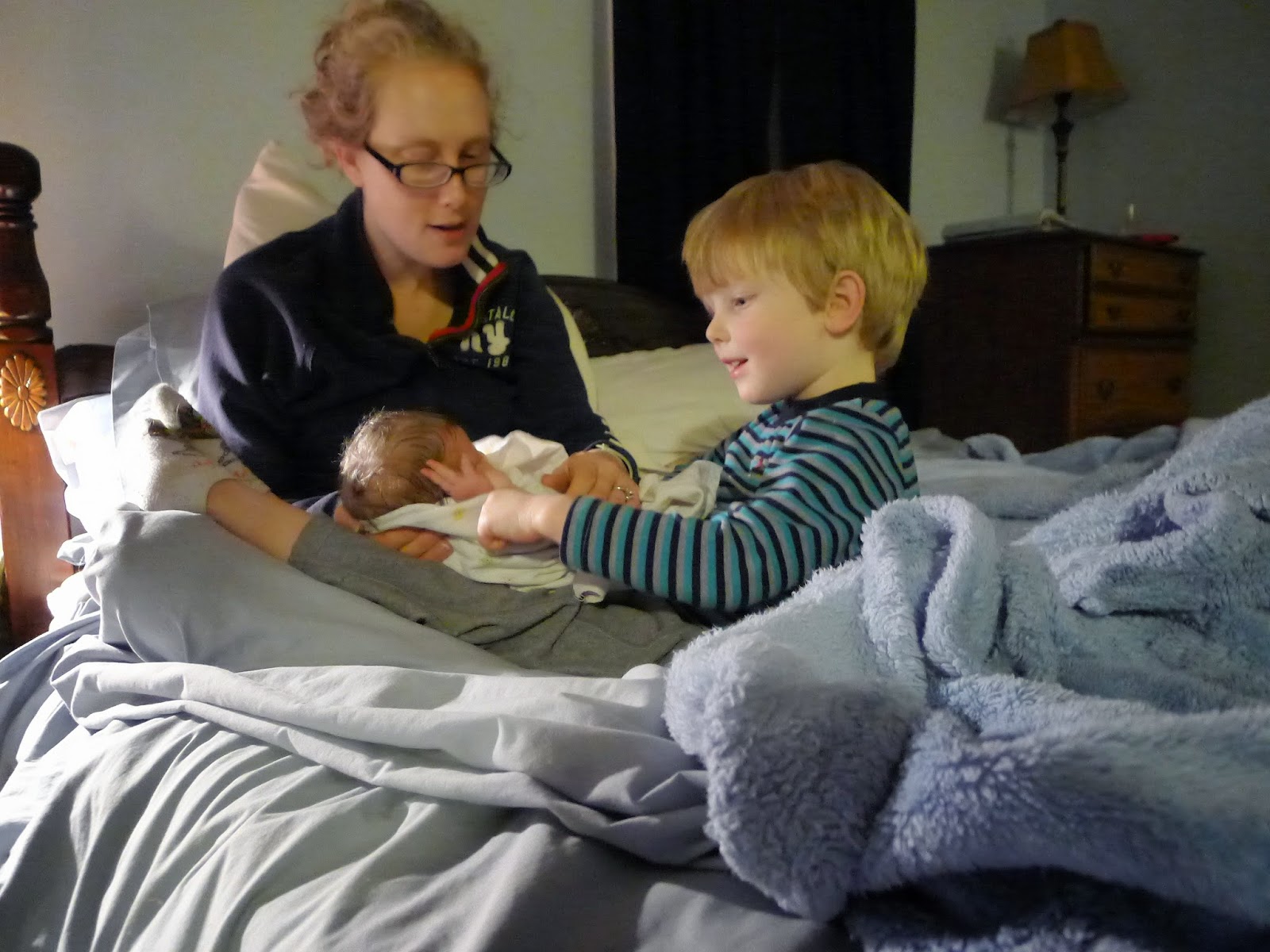 We added a new member in our family this year, and of the boys, Ben was the most excited to meet his baby sister. 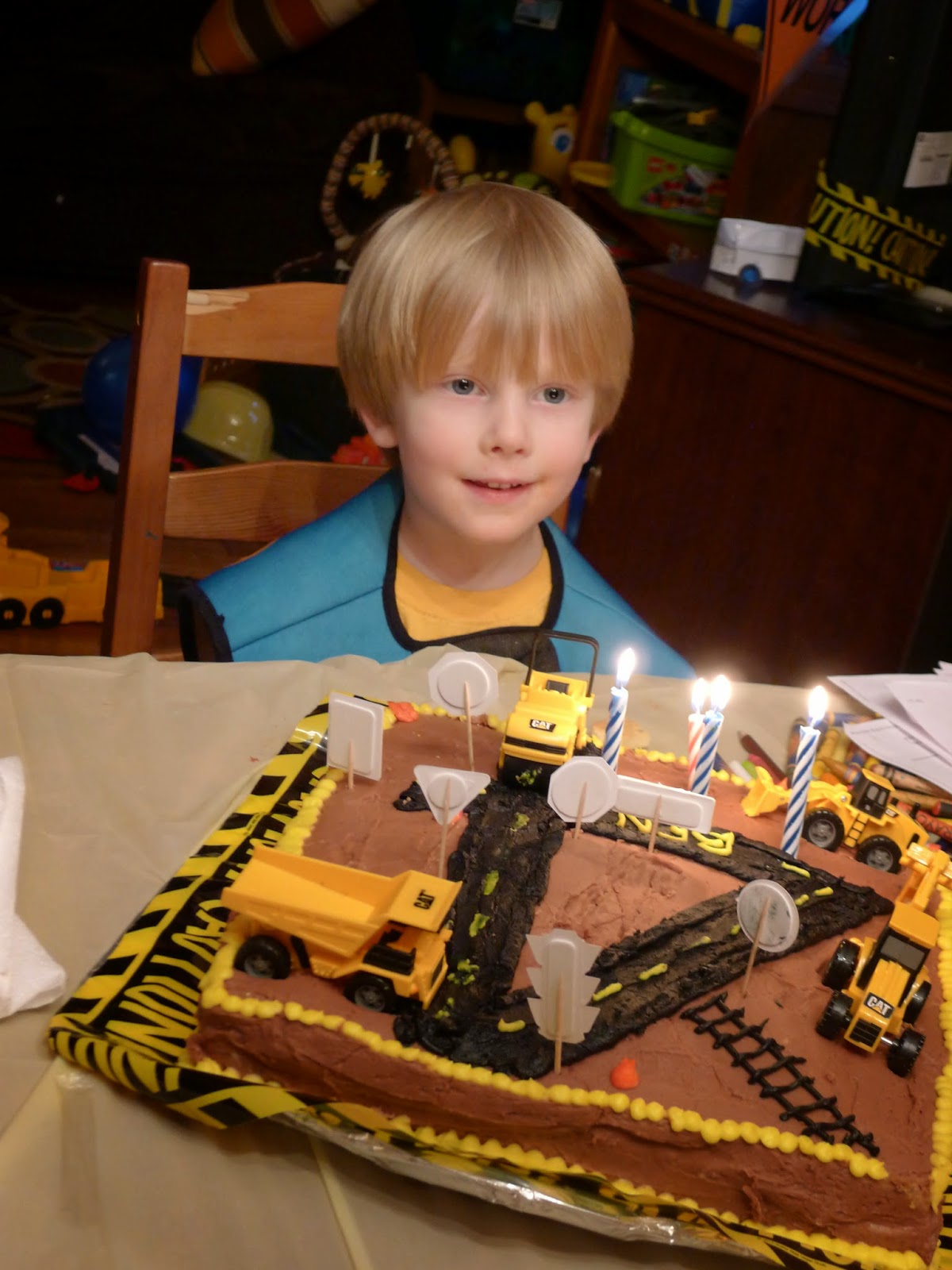 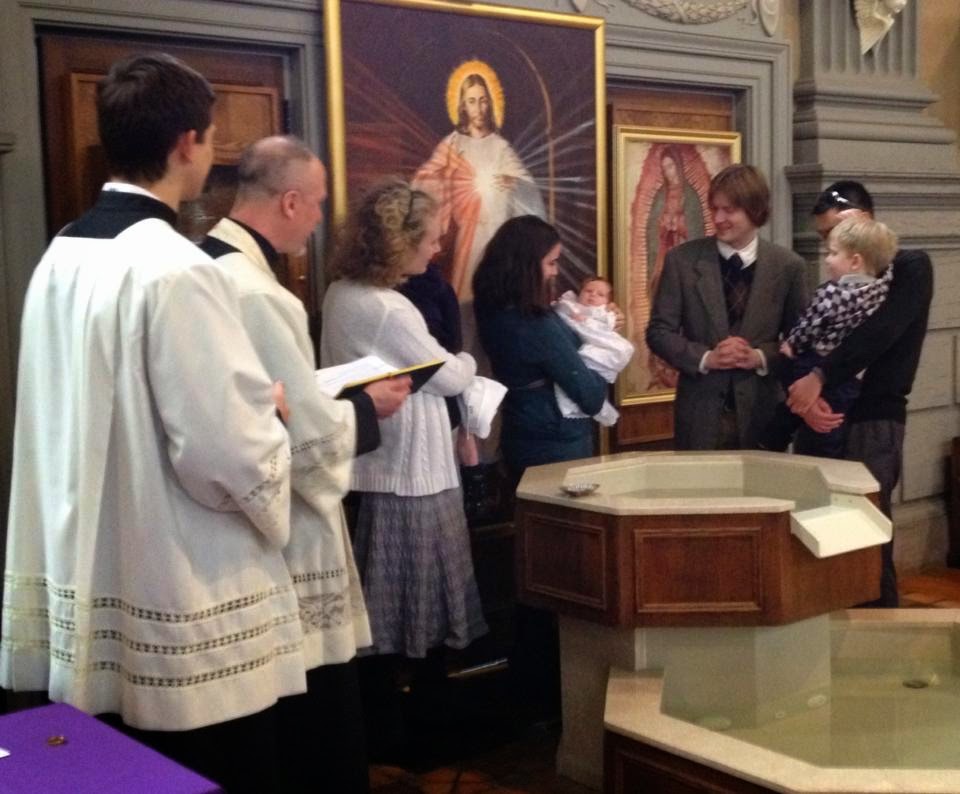 Ben turned 4 about a week after his sister was born.  He is such a birthday fan, and honestly I felt terrible that i really failed at giving him a party because well I just had had a baby.  Thankfully my mom stepped in and made this amazing cake for him. Helena was baptized at the tail end of month and it was small but lovely. 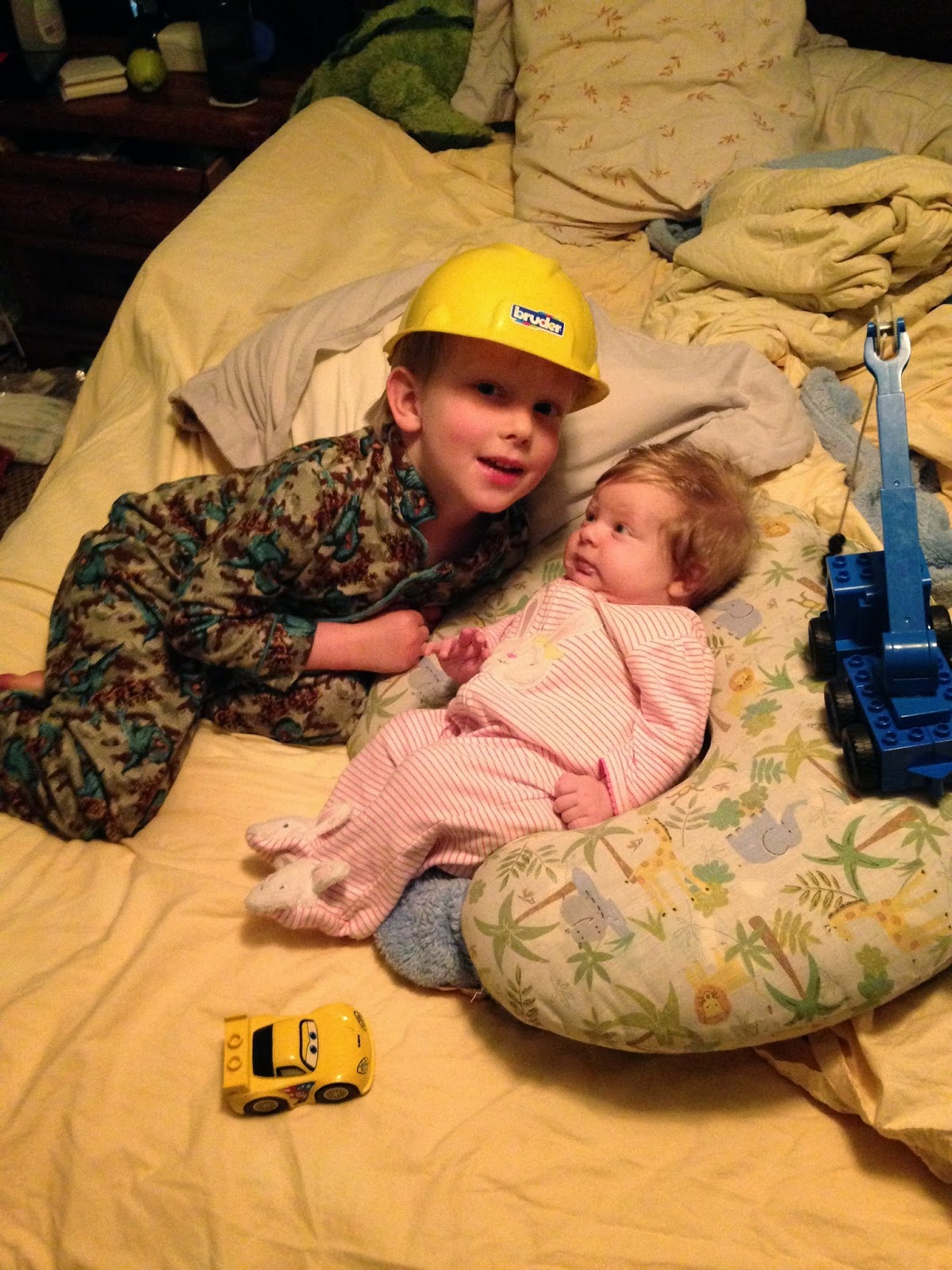 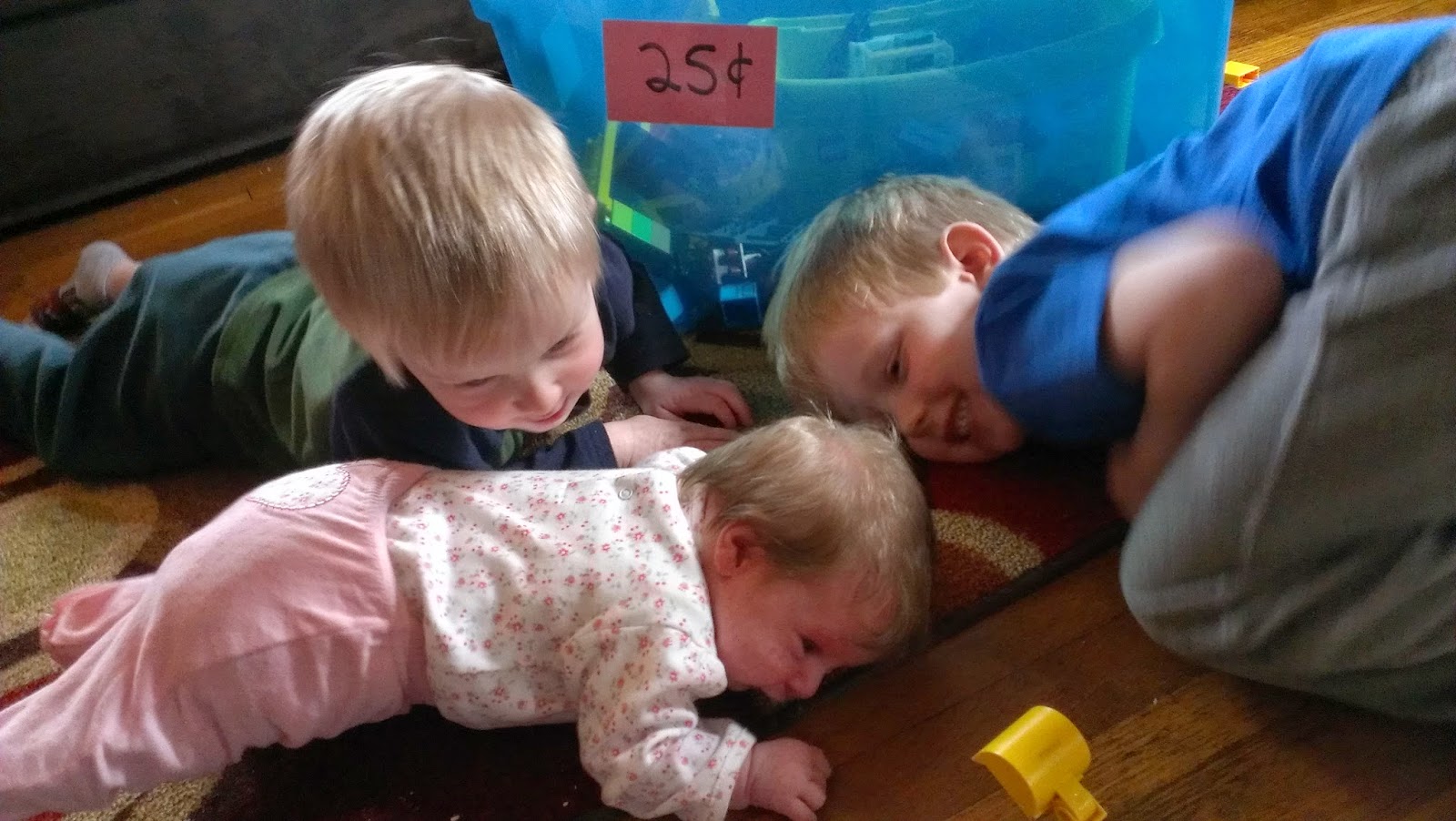 The boys wanted so much to incorporate their baby sister into their lives and it especially showed in April with these two photos. 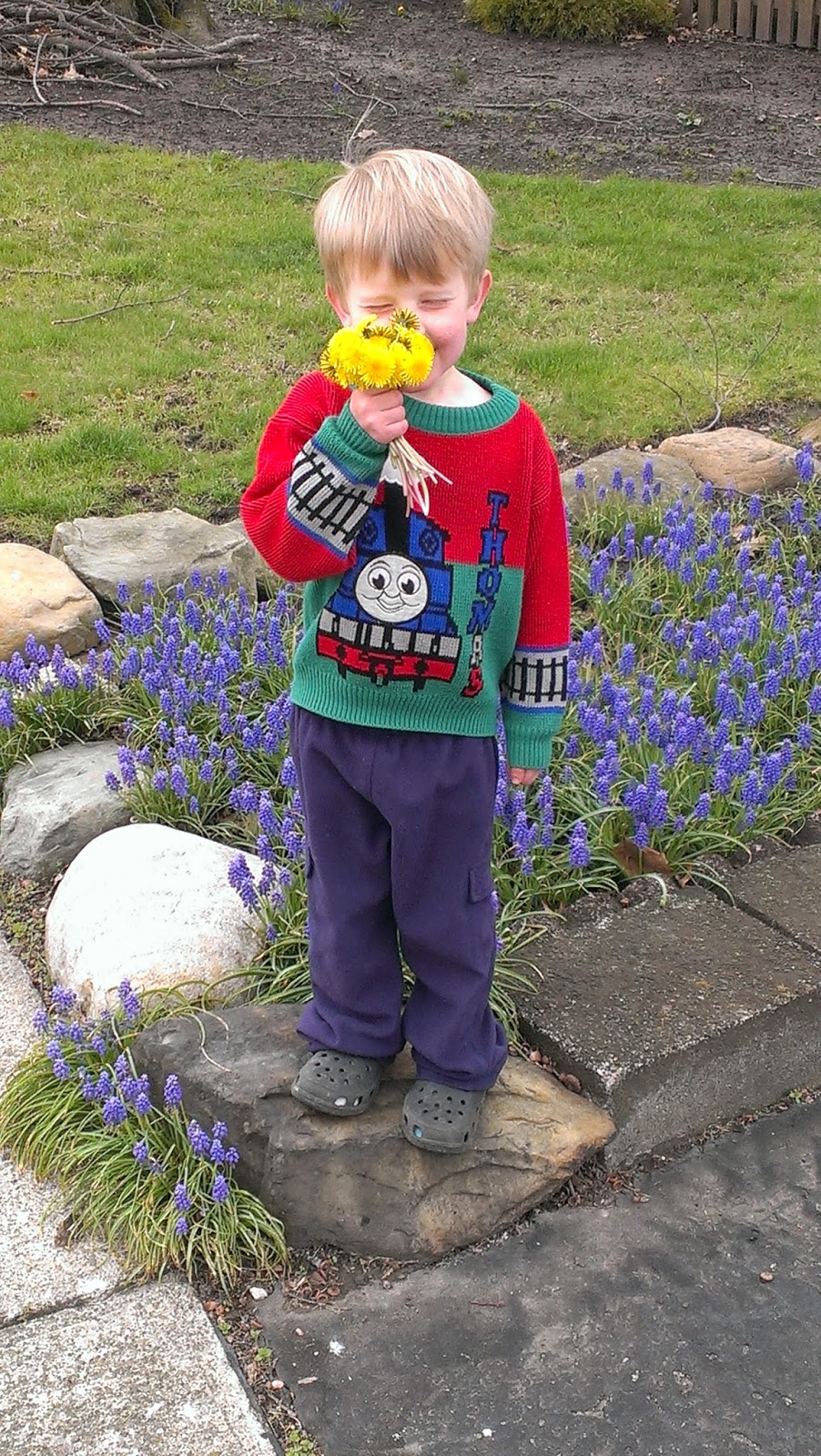 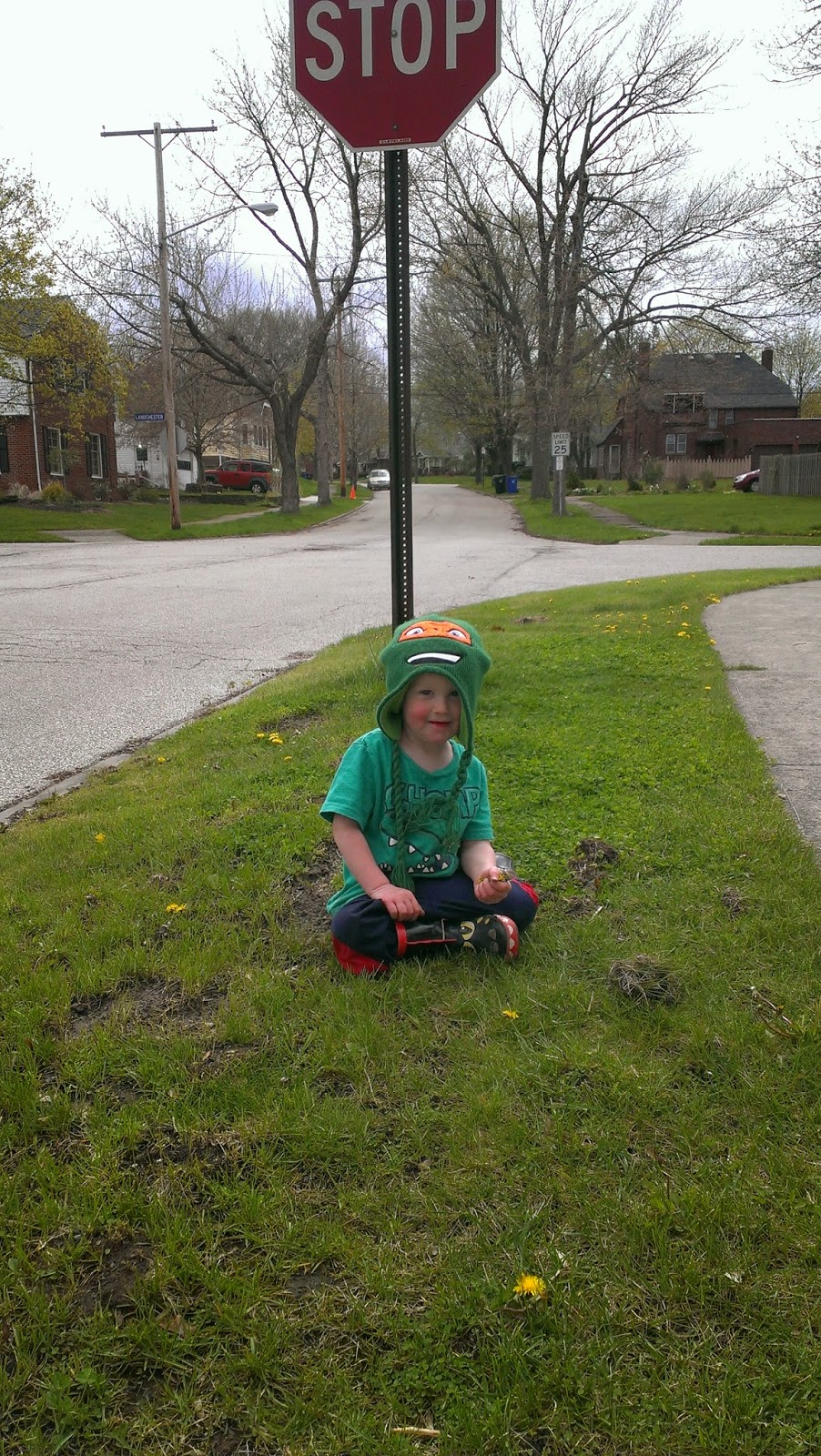 May started our actual abilities to be outside again after the Frozen winter. This was May Day where we went around collecting flowers for Mary.  Ephraim's flowers are squished inside his fist and Benjamin's make a perfect bouquet, a personality difference for sure. 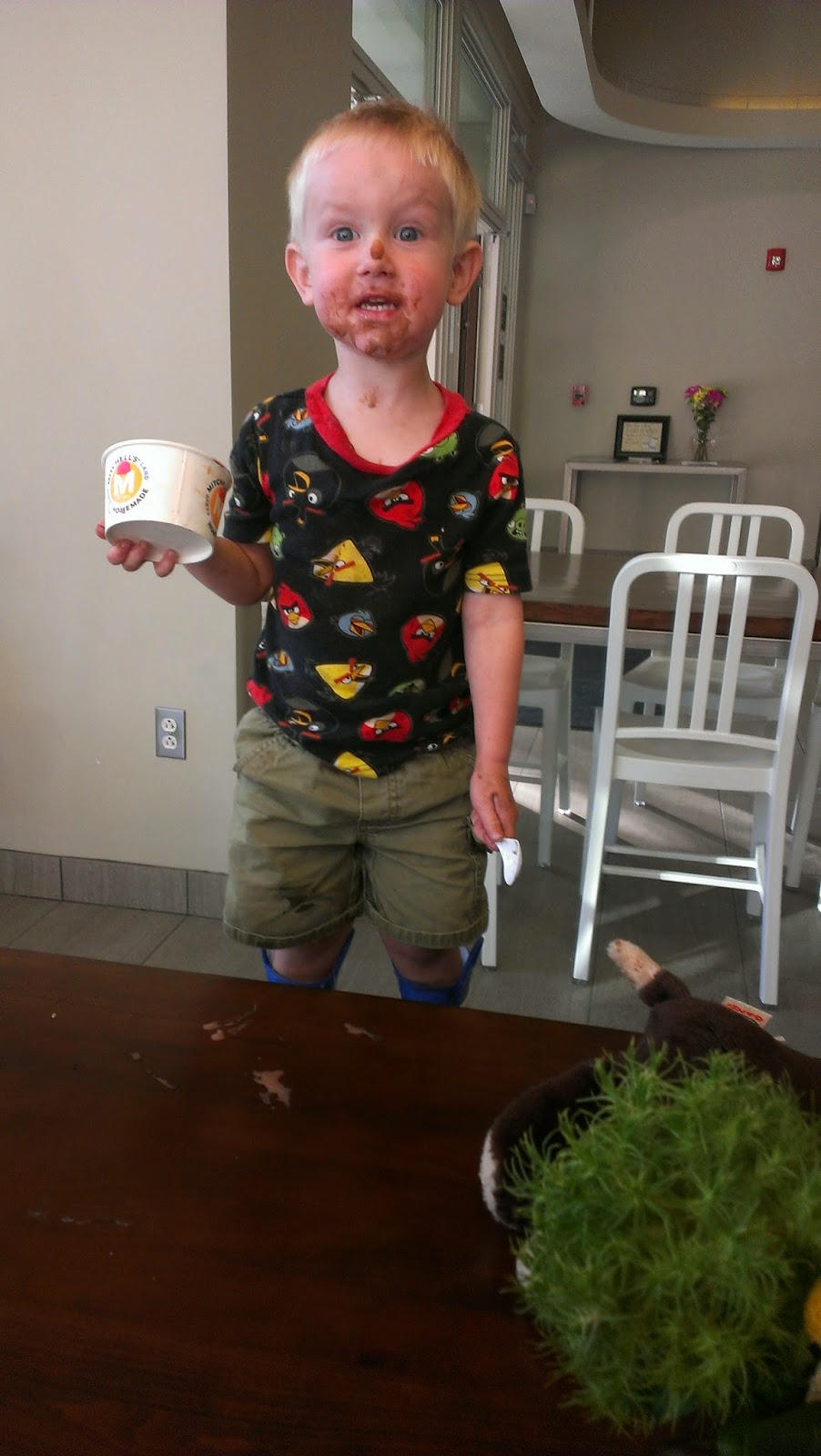 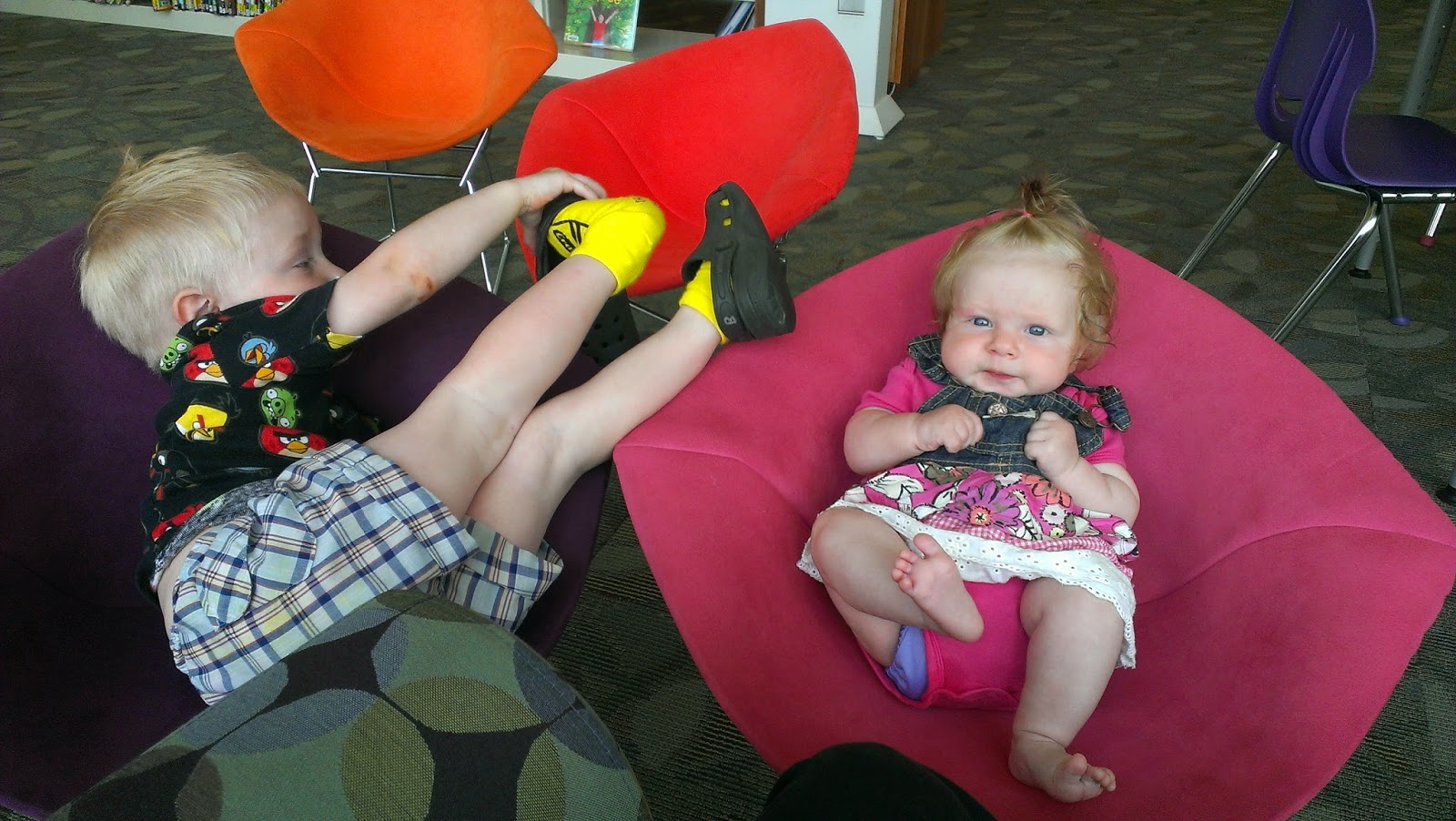 Ephraim loves his sister a little roughly.  He's making sure she is a tomboy by the age of 1. This is one of our many library trips that we took, followed by one of our many summer ice cream trips.  We are suckers for the local ice cream shops in Cleveland.  This photo is from the Mitchell's that opened on W. 25th near the West Side Market this year. 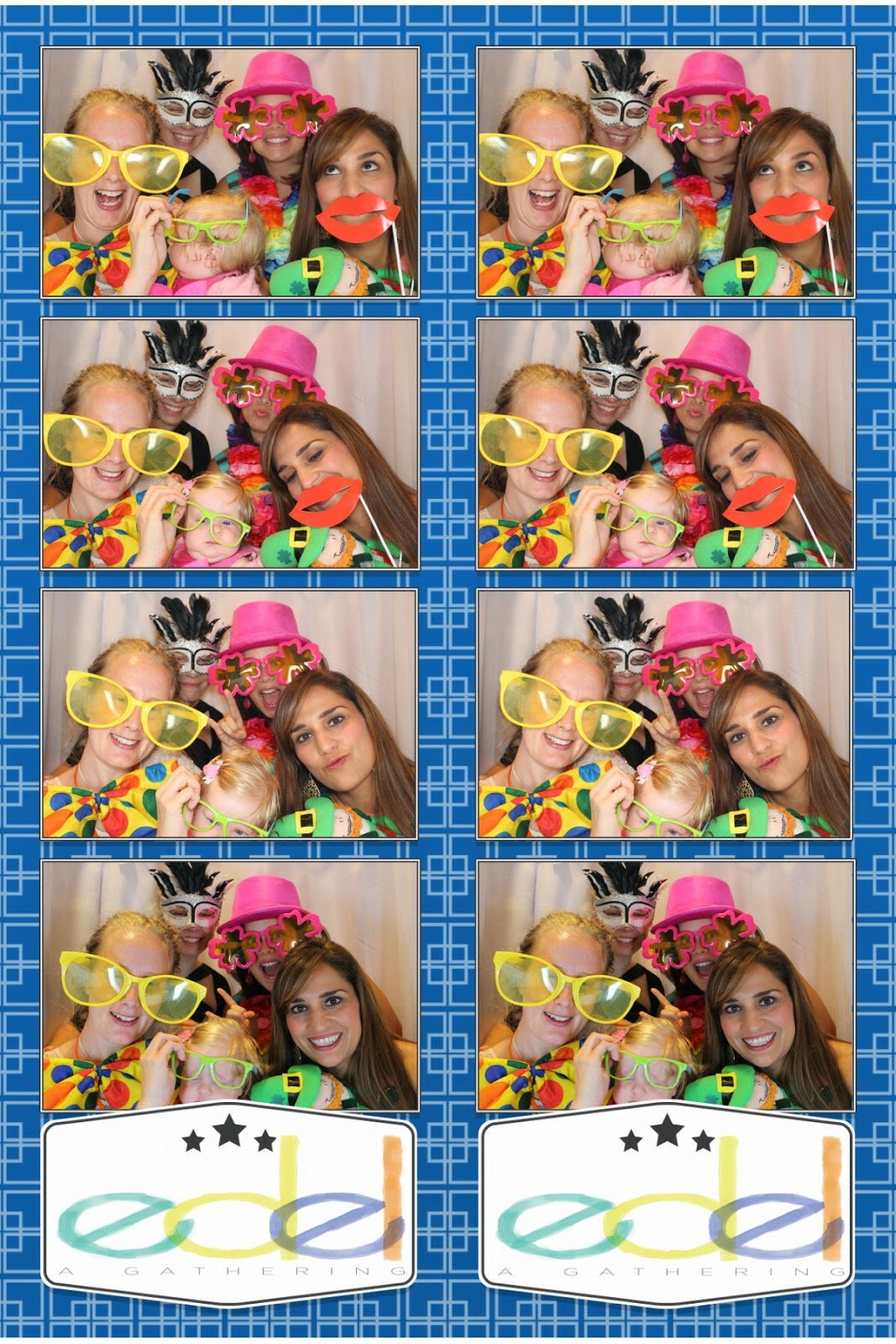 Edel, Oh Edel.  So much fun, so many memories.  I anticipated it so much that I was sure it would be a letdown, but it wasn't and instead exceeded my expectations, and I had a 5mo in tow. 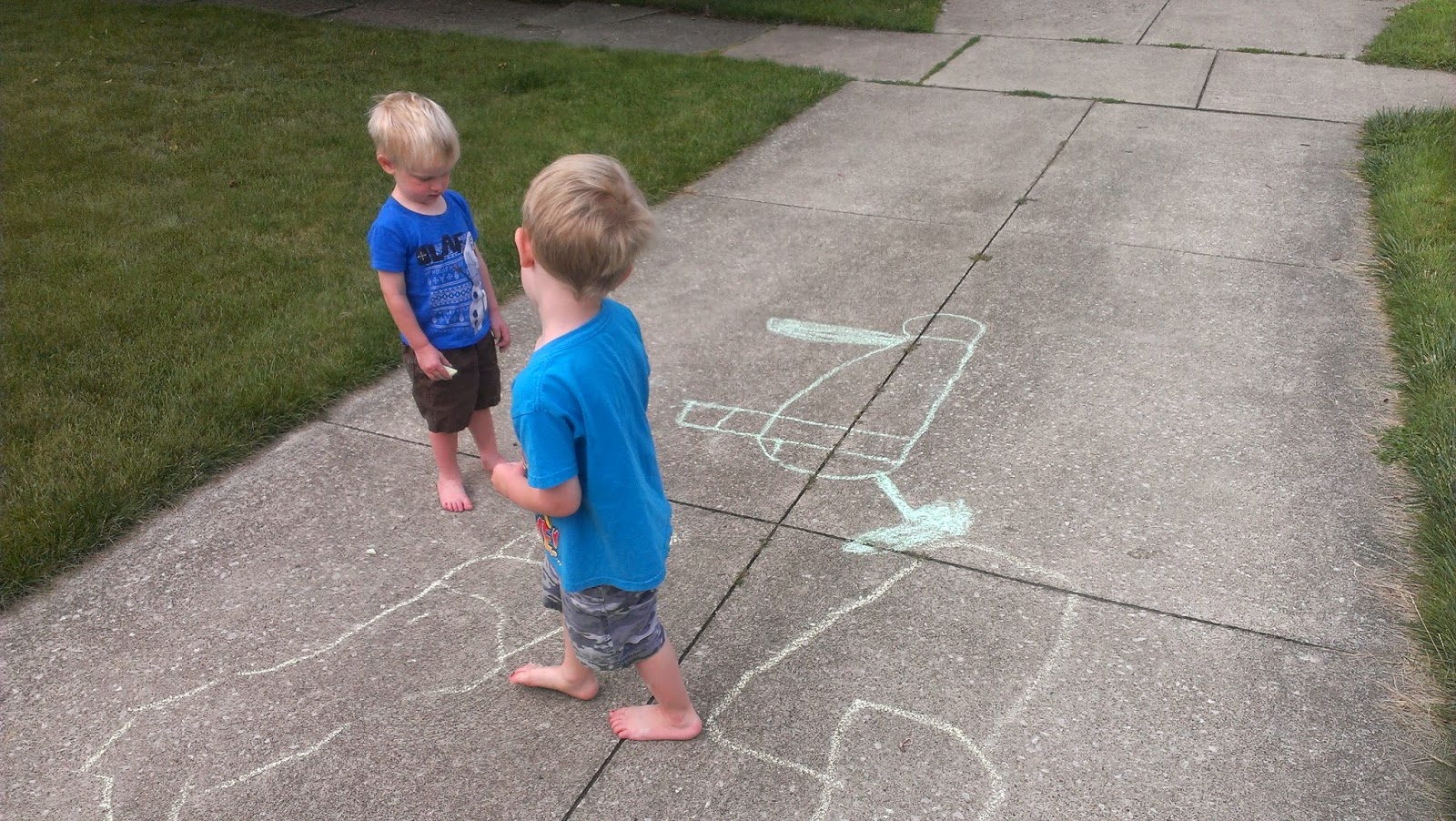 We spend as much time outside as possible, and drawing on our driveway is a favorite of the boys. Barefoot in the sun, a perfect reminder of August. 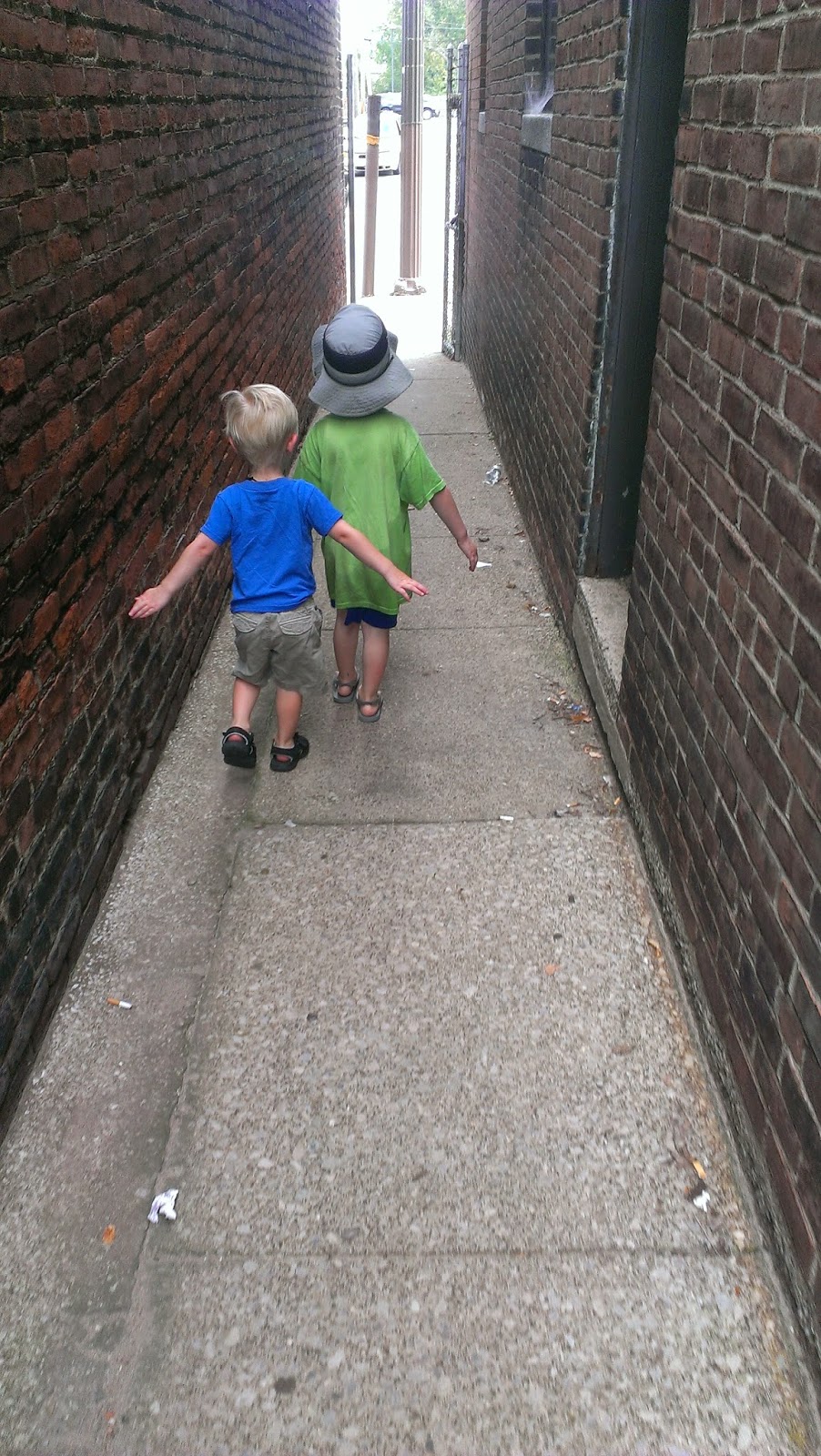 With September being back to school month, we end up doing a lot of post office runs to sell old text books.  This is our tunnel that leads to our post office from the corresponding parking lot, and the boys love it. 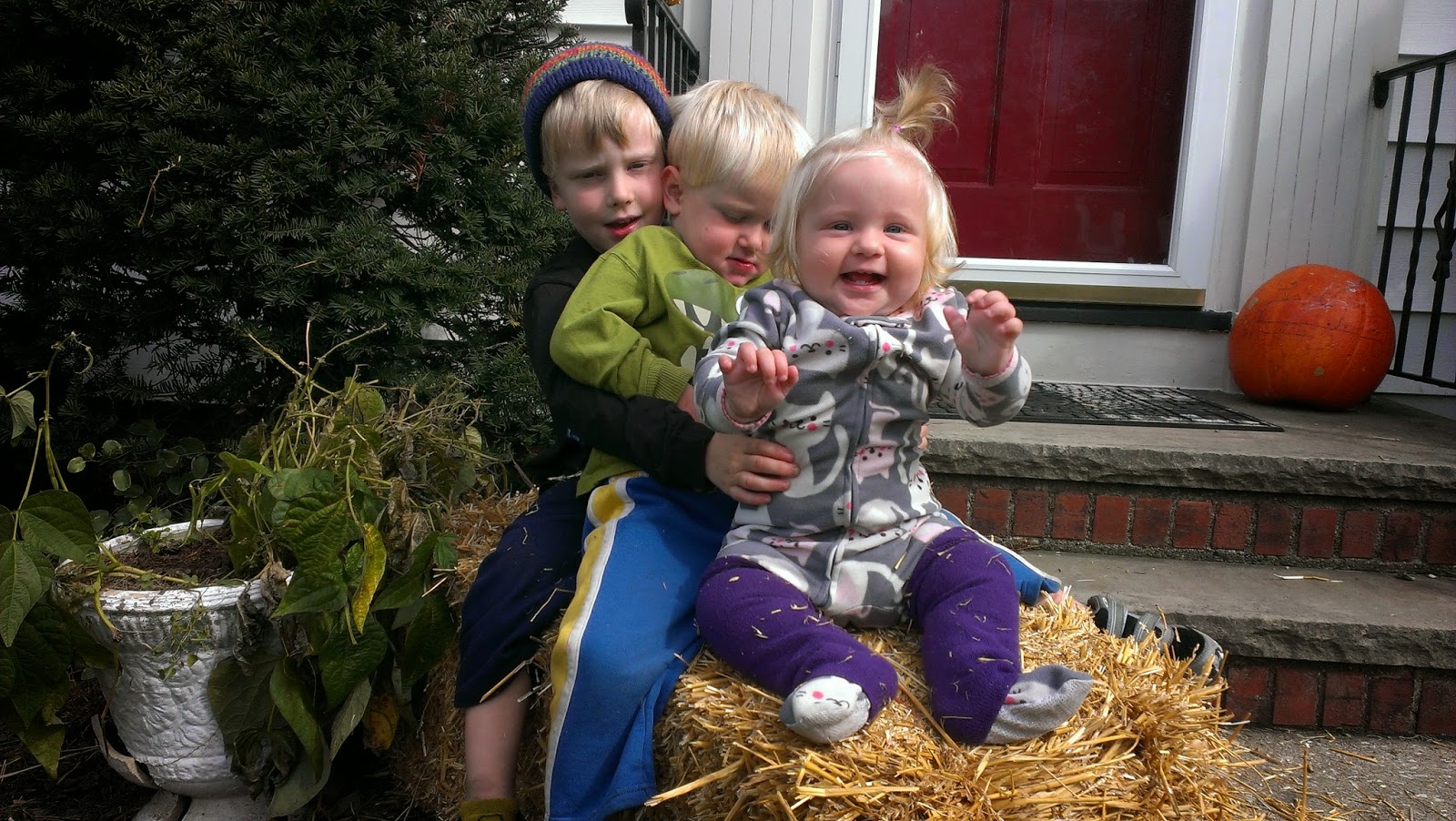 We grew pumpkins and enjoyed fall with our hay bale from our local raspberry patch. So much harvest fun. 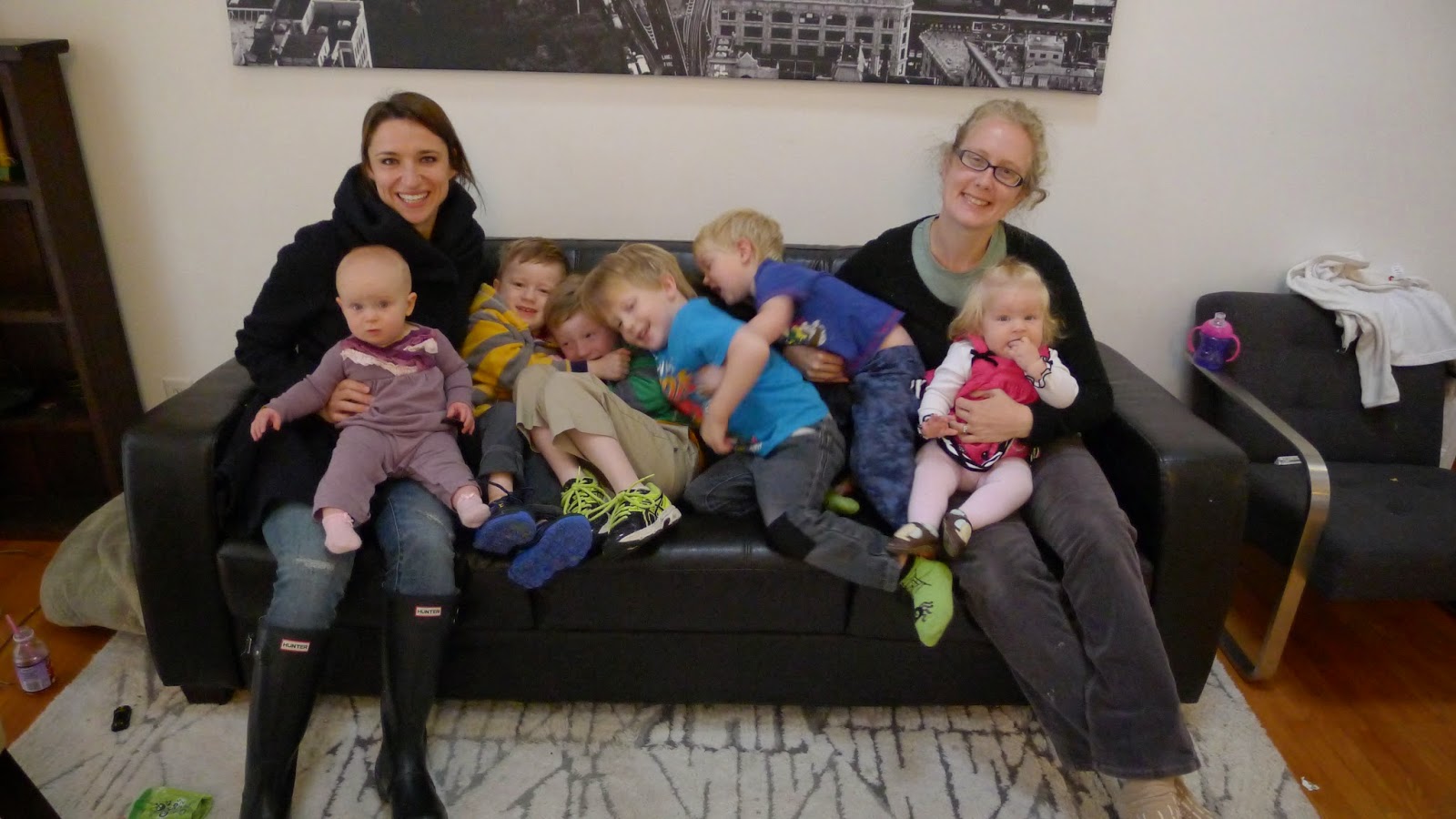 Despite Keith changing jobs, his work let him take his previously scheduled family vacation to Nashville where we caught up with old friends and visited with family. 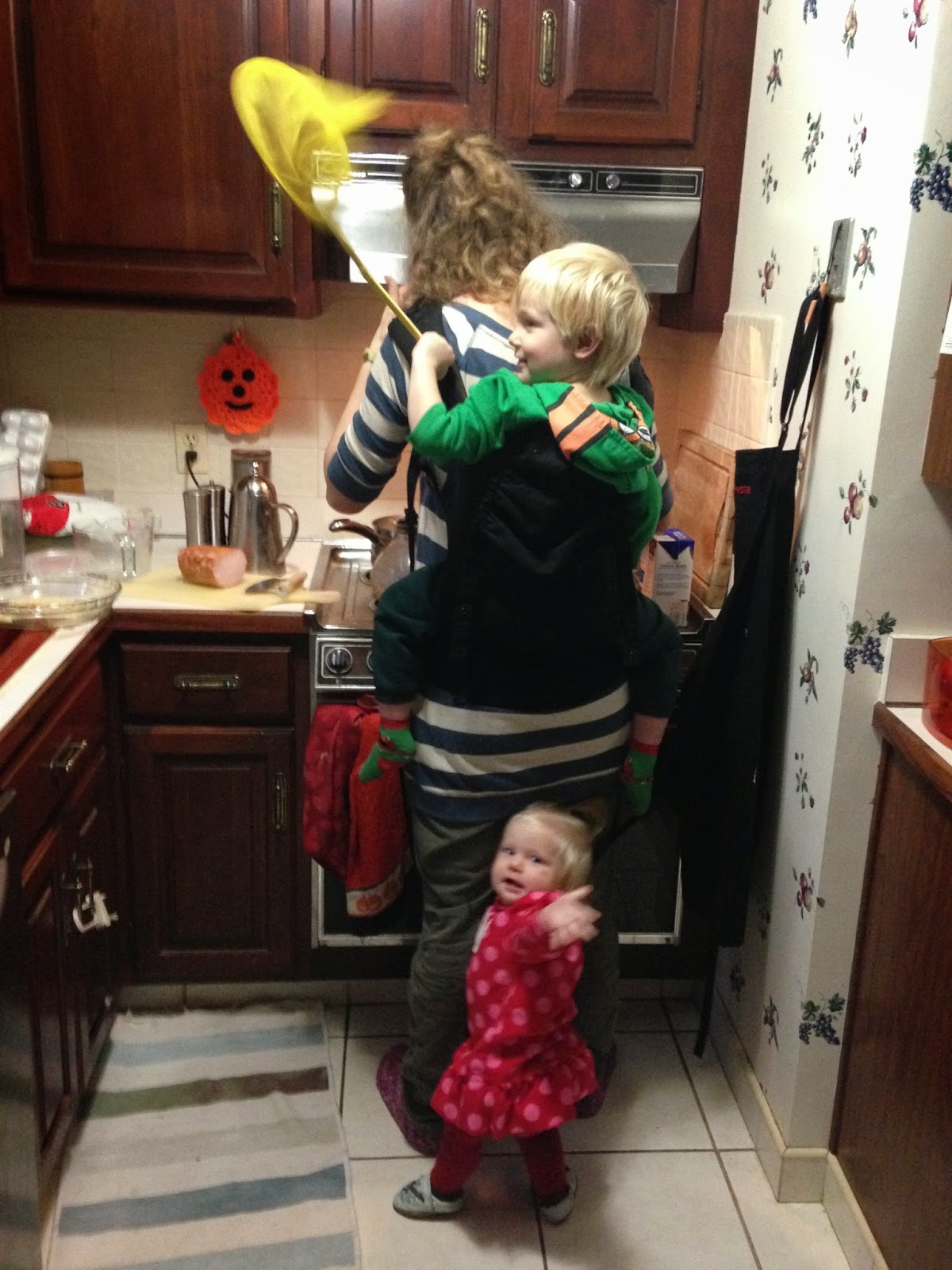 Sometimes, the days are very long with three under five.  This is a moment caught in the madness and yet it makes me smile, because I realize that these kids are full of love too.