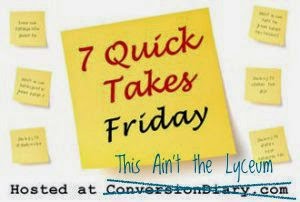 Its been an up and down week, unfortunately ending on a down note.  Here are 7 snipers of the week.

1. Ephraim's ears are fine.  Hooray! The original test was off, apparently the nurse probably had the wrong size ear piece since his ear canals are a little further back than normal at his age.  That was the only thing I got out of the audiologist.  That and he is still shy. :)

2. We went to a cookie baking party and the boys had a lot of fun. I'm glad I went even though I really didn't know anyone but the host. 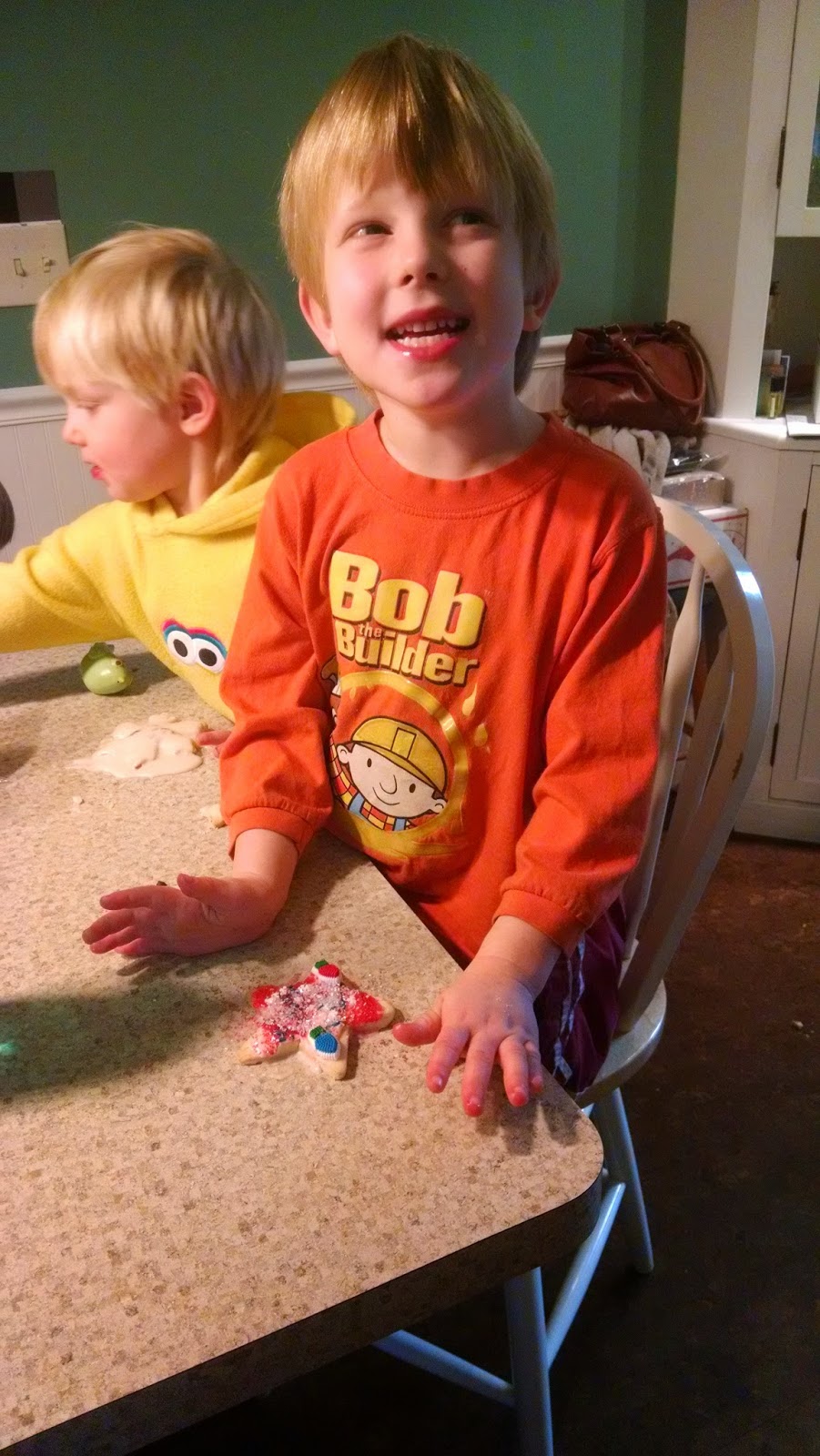 3. Sometimes I get caught up with saying no, especially with the challenger, Ben, in the ranks. But I was inspired to do something crazy. It didn't turn out nicely and we had to throw the end result away and the kitchen floor was red and green all over, but the boys had fun.  It was good to say yes to something just because I could. 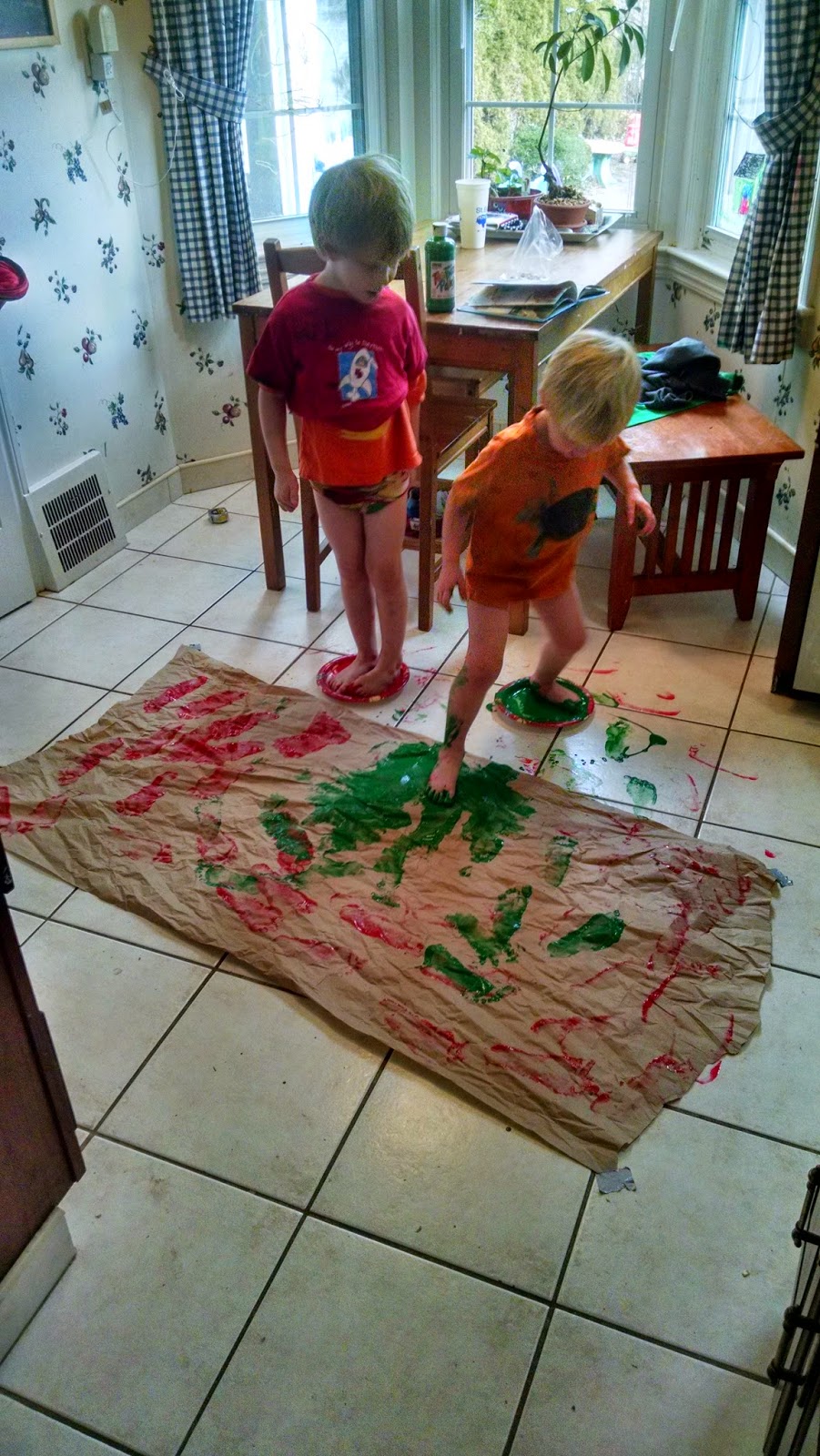 4. The baby can now stand on her own and climb the stairs. We are no longer safe, look out world. 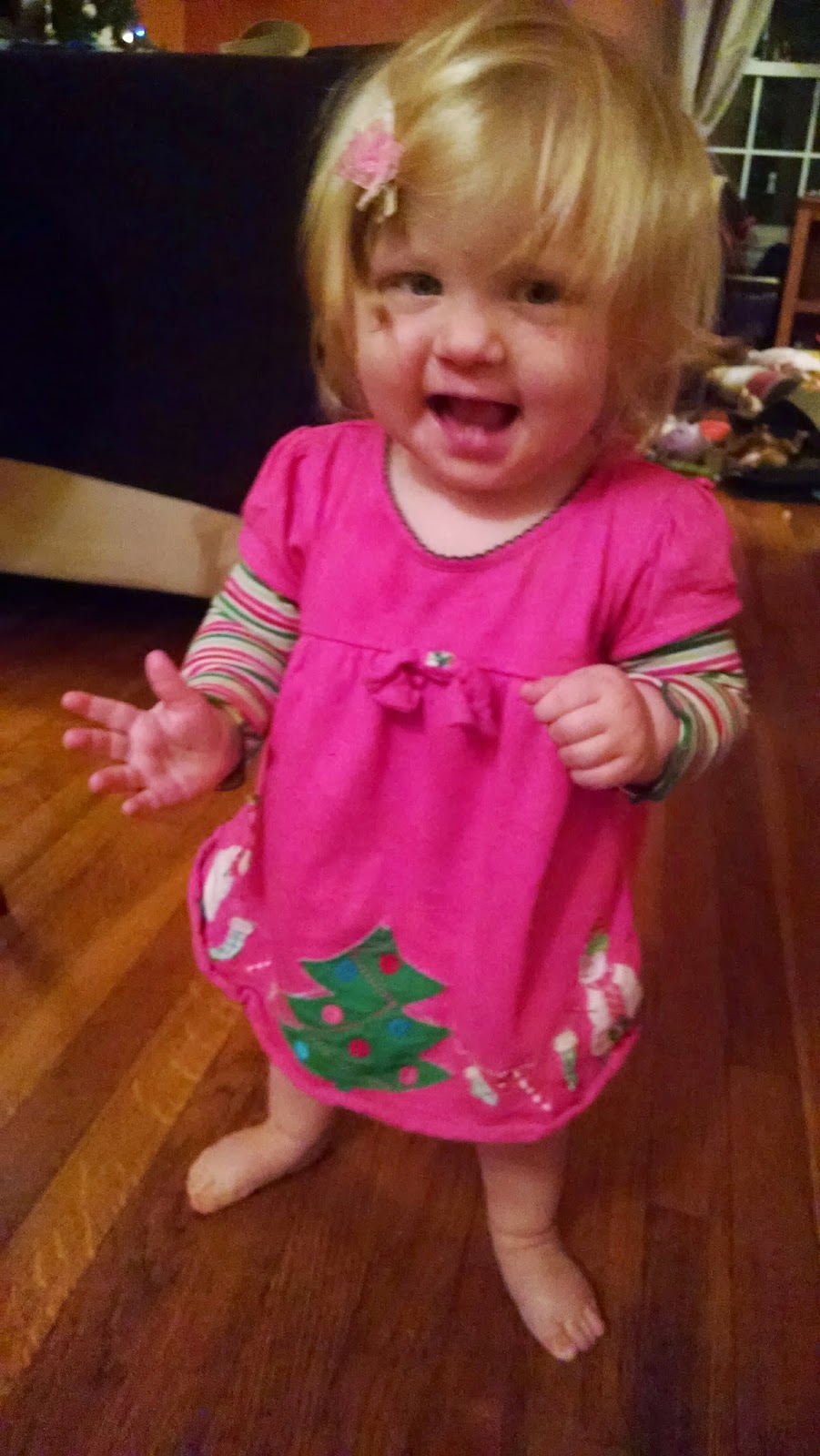 5. While there were bits of yesterday I do not wish to repeat, a couch and two chairs were drawn all over with a pen by the almost 5 year old, because he "just wanted to do his own thing." There were also good bits, like making beaver dams because they were inspired by Lucy from the Narnia books. 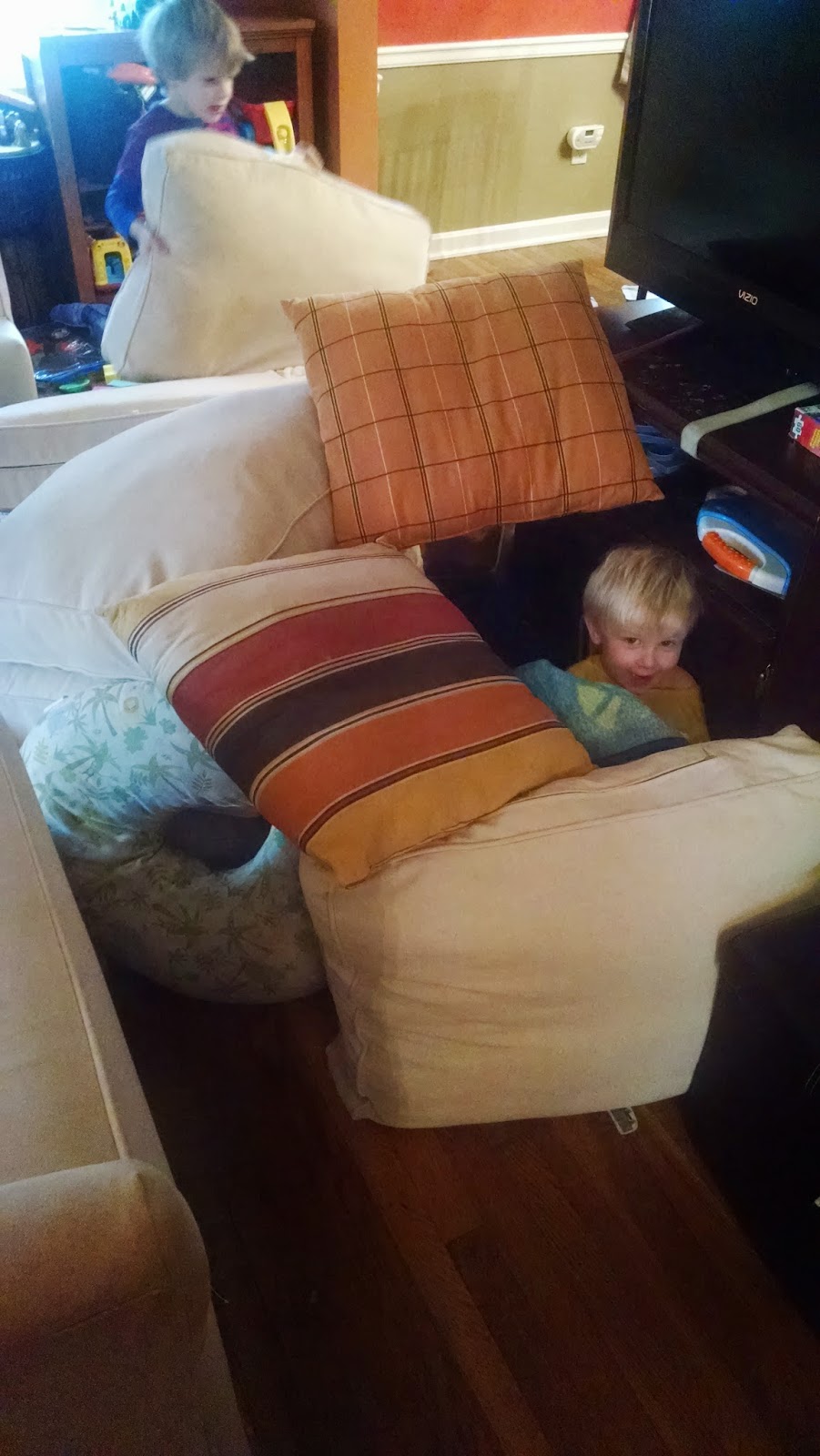 6. We were set up to have a gingerbread house decorating party tomorrow, but alas 2 of the 3 kids are sick. I still baked 7 houses but we may have to hold of the decorating until the wee ones are out of fever land.  Below is what happens when the almost 5 year old gets a hold of 8 lbs of powdered sugar. 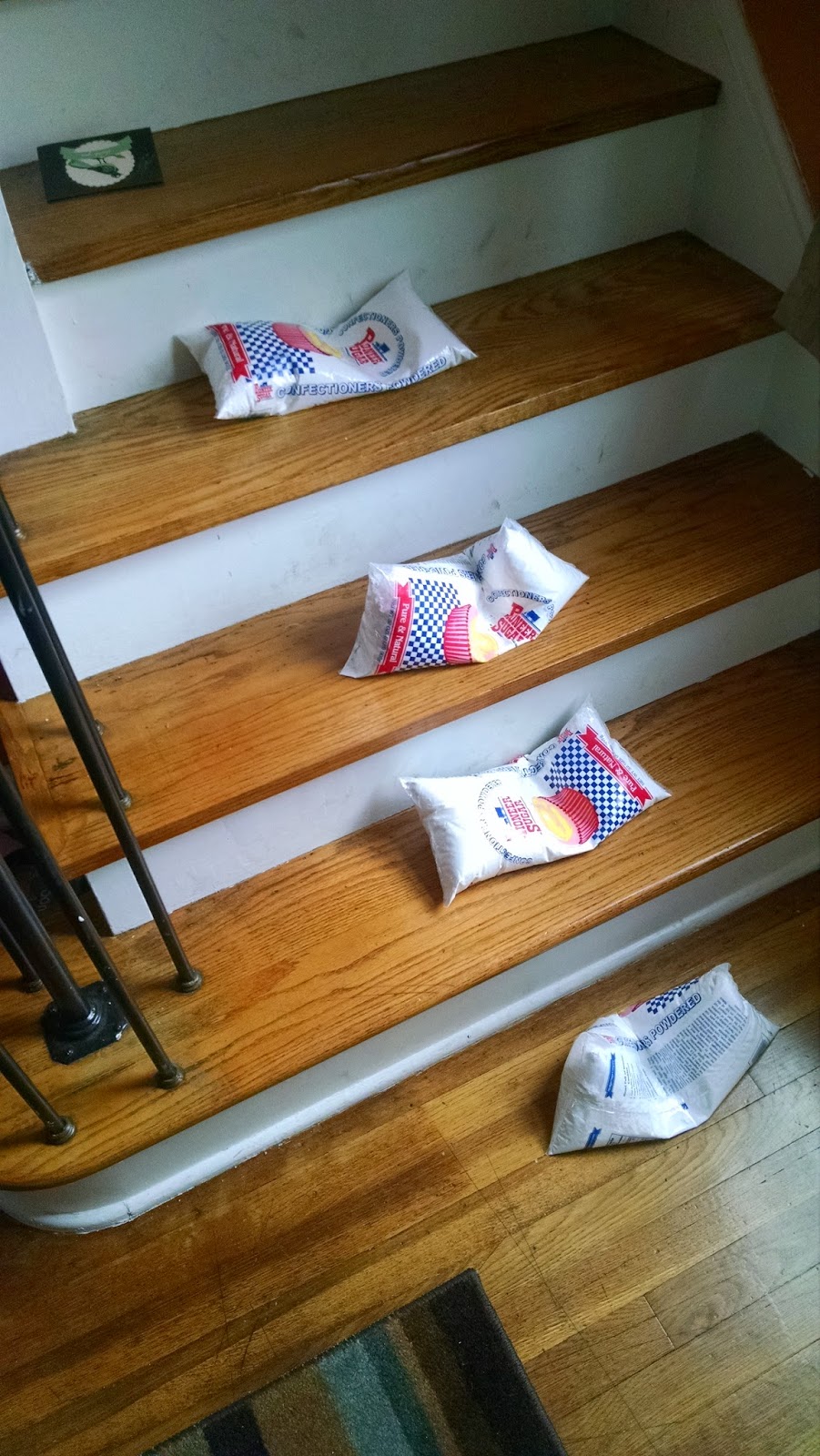 7. So we will end on a high note, because well its best that way right? Last week I hauled the children to a baby wearing meeting so I could learn a back carry hands on. It only took a week to really learn it and a floor length mirror was broken in the process because I turned my back and the almost 5yo somehow got curious and broke it. But mission was accomplished and I learned the carry. It came in useful today with the 3yo and the 9mo for carrying them around for extra snuggles. 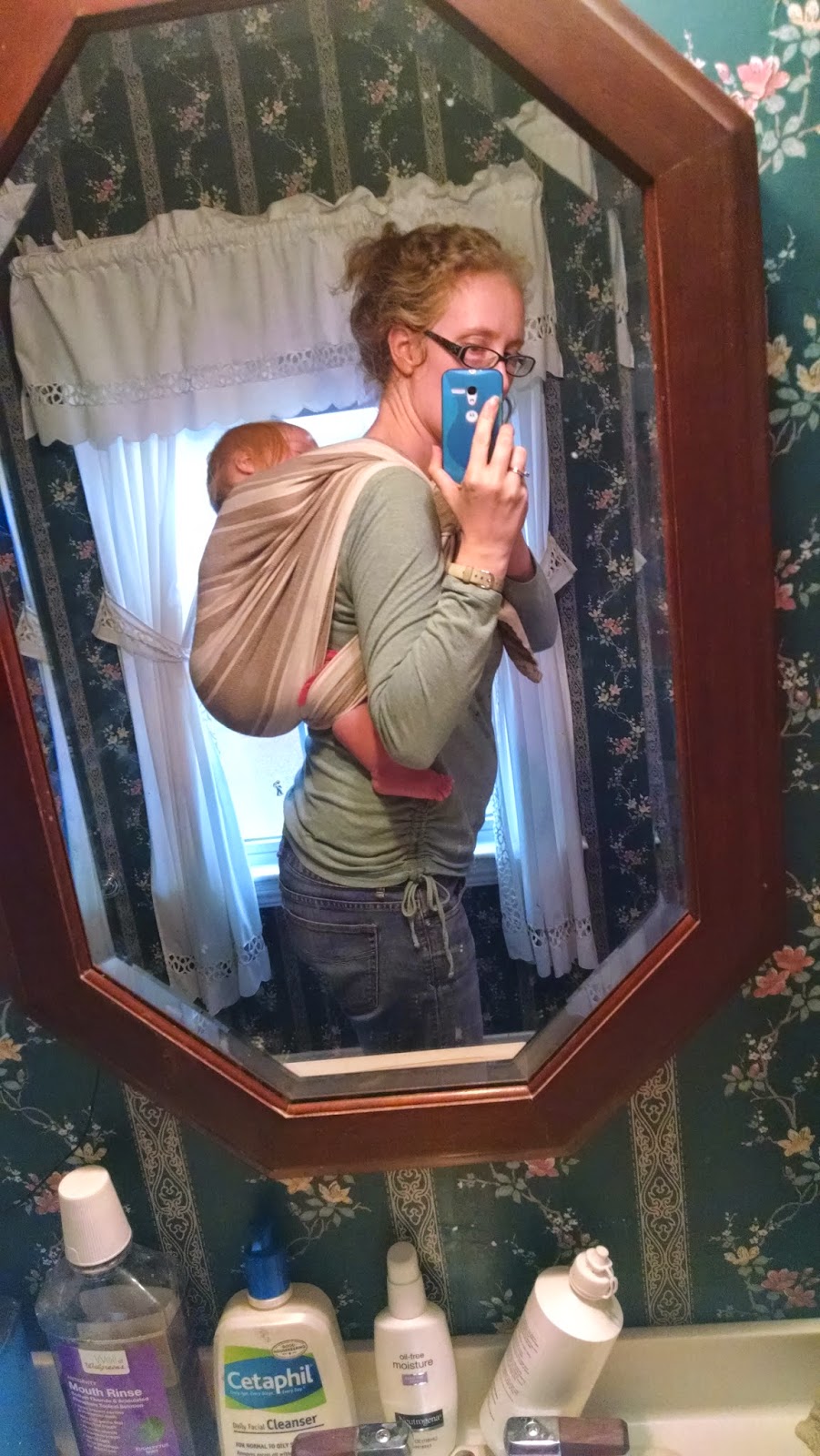 So I guess the moral of the story is that 4.5 year olds are interesting havoc wreaking creatures, not to be undone by sick babies and 3yos. Check out more quick takes at This Ain't the Lyceum.

Posted by Contranaut Girl at 8:35 PM