What I Wore Sunday, Vigil on Saturday edition

It's that time of week again.  Today we actually headed to the aquarium, but last night we were at church for mass. So here is the What I Wore Sunday,Vigil on Saturday edition.

First of all when you see this outfit, I just have to say that I feel like I am wearing what folks stereotype as the evangelical homeschooling mom. If I've offended anyone by saying that sorry.  Honestly, it was comfy and I would totally wear it again. 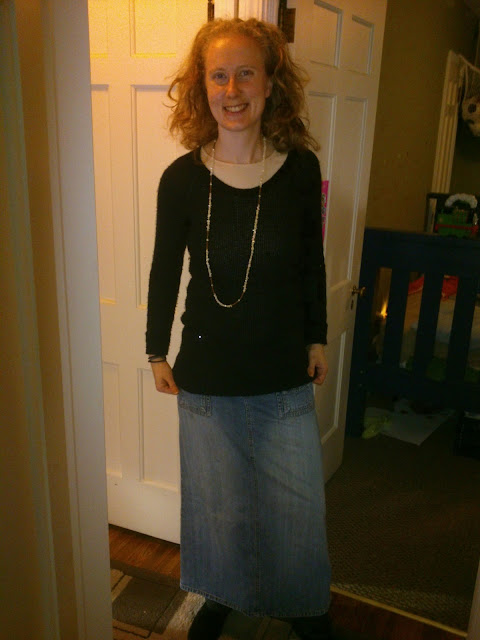 So here are the deets on the outfit:

Necklace: gift from my mama
Undershirt: American Apparel (I think this is a common underpiece in my wardrobe)
Sweater: Old Navy
Skirt: Old Navy but I got it through a clothing swap
Leggings: hidden under the skirt, Macy's
Shoes: Target, You can't see them here but will be able to below.

And now for a funky pose with a better view of my shoes. 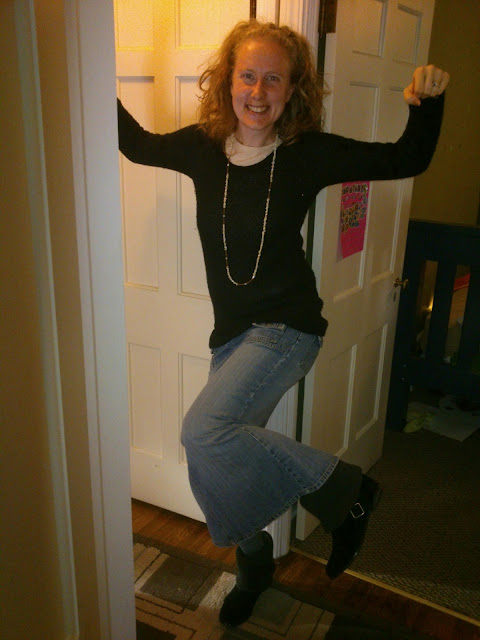 And now for a random occurrence, well not that random, but random that we won.  As it was World Marriage week? day?, our parish gave flowers to the couples married the shortest amount of time and to those married the longest amount of time.  We oddly won the shortest amount of time at just under 6 years.  There was however a three way tie for the longest amount of time at 58 years.  Can you tell we went to the vigil mass full of older folks?  Maybe vigil masses aren't like this everywhere but in our area they tend to be so.  We went Saturday though because family plans that are work schedule dependent made us have to do something Sunday am.  Though I'm glad to have the option to go to mass on the vigil, the former protestant in me thinks its odd to not go on Sunday.  Anyway, enough about mass schedules.  Go check out some more excellent mass attire at the linkup with Fine Linen and Purple!
Peace ya'll!
Posted by Contranaut Girl at 2:06 PM