This past weekend was the Edel Gathering.  I was anticipating it forever, wondering what was going to happen, would I be too scared to talk to the other moms/bloggers, how was I going to manage the baby, was I going to be able to afford it and such.  And then it came. I didn't sleep the night before much because well it felt like I was a kid a Christmas.  This was my weekend, my getaway. My chance to just take care of 1 kid and not 3 for most of 3 whole days.

When I got on my transfer flight in Atlanta, I already had met another mom going to the conference.  She heard me talking to a fellow passenger and well, we were able to meet up after the flight.  She was super sweet and I explained my circumstances and she hers, and she was amazing.  I felt like right away this was going to be a good thing, this Edel Gathering.

Upon arrival at the hotel, there was a group of ladies in the lobby just hanging out, and they were great to talk with as well.  And then I and baby adventured up to our room.  I had had a few roommate changes since the original conference decision, because well as moms, life happens and sometimes people don't get to come to things despite their desire to do so. So I took many gambles on  staying with a roommate I didn't know, and well it turned out to be amazing.  My roommate was awesome and I couldn't have wished for anyone better with which to share the weekend hotel experience. It was like right of the bat we could just relate to each other and really be sisters on this journey of motherhood.
I got to meet some awesome ladies at dinner, who didn't mind or look at me crazy when I had to get up and sway with the baby so that she wouldn't fuss, because they had been there.  There was no judgement.  I think that was a big thing the whole weekend, I never once felt judged, only loved.  I fussed a bit about my wardrobe for the evening events, but when it came down to it, it didn't matter.  It was fun to get dressed up and to attempt heels (thanks Kelly!), but it was just fun to chat to other women in motherhood.  The babies, amazingly just played on the floor and we sipped our wine and had our appetizers, and chatted. I know I didn't stay too long at that party, because well Miss H and I were just beat from traveling, but it was good, and felt right.  I mean where else do you get to take a baby to a cocktail party and at that have at least 20-30 other babies there too.  Even if you were able to take a baby to a cocktail party somewhere else, you would have been the only one and felt uber conscious of it the entire time.  Where as here, to have a baby on the floor at your feet or in your arms meant you were right at home with everyone else.  Again, no judgement, only love.


The next morning, I was up so early for me, because well there was a time change and a baby in a hotel room never sleeps in, so I found myself up at 6:30 walking the streets of Austin looking for breakfast and stopped at a small grocery store that doubled as a cafe.  I was by myself barring the baby, but it was just probably the most relaxing breakfast I had in a while. no one needed a zippy cup filled and I could just bounce the baby to the cafe music and people watch as I ate in almost silence. I needed that.

I met more women for second breakfast and it was again fun and a great group of ladies from Catholic sorority that shared similar struggles and really thought things through and wanted to be the best version of themselves but also struggled and were not afraid to share that fact.  Realness, something that Facebook, the internets and our daily formalities don't let us have.

The program started a bit later, and I loved it.  I got to meet Cari Donaldson, and tell her I loved her book. It was but a brief moment, but it was good. The talk by Hallie, reminded me how in solidarity how all of us needed to be there.  Marion's talk as much as I had to take care of the baby girl, I loved that she compared motherhood to chemistry.  Because, well, I'm a trained chemist, and not more than 2 weeks ago, I ran into a guy that at a moment when I was hungry, dealing with all three kids in a lab, getting my blood drawn asked me a philosophical question about chemistry and I couldn't answer it.  He then proceeded to badger me about my lack of answer because I had a doctorate in the subject.  But dude, can anyone answer anything when your 4yo is pestering your 2yo by sticking stickers in his hair and your baby is wailing? If you can you are better than me.

But back to Edel, Marion pointed out that we are constantly judged in our motherhood, and it shouldn't be that way. We have each other, and so once it came back to the no judgment, only love thing.  Helena fell asleep half way through the talk, and honestly, I wish I had paid better attention, but what I took away was that in community there is love.  These other women there we needed to be there so that we knew that we have each other to lean on, to help each other.  I think this even stands outside traditional motherhood, because why else would sororities be so popular?  We as women, especially feel a need for community, God made us to thrive in it.

I spent a lot of the break just holding a sleeping baby, and it was good. While I kind of wish I could have checked out the vendors more, I was okay with just sitting. I mean its such a rarity these days, it was just good to do. I even got to meet Arwen Mosher, who I admire so much in her way she writes about life as a faithful Catholic mama.

Haley's talk made me think about how much I do really love my kiddos. How much they really do really help to sanctify you by bringing to the forefront your sins, your weaknesses, your struggles. but also how you really get to know who you are through mothering them. It was good to be away from the bigger two to realize this, and see it as a good thing, so that we can be refined, build those cathedrals.

I went to mass at the cathedral because I had an earlier flight the next morning.  I needed the break from wrestling two active boys for a mass.  It was so nice to just have one that can't really move yet, so that I could do better at focusing on the mass, on Jesus. It was such a gorgeous church too.

At the dinner party, I was so thankful for the mama who thought to hold my baby for me, so I could eat in peace.  Because while one baby is easier than 3 at dinnertime, it was nice to be able to not have my food stolen by a 5mo. I didn't stay at the party post dinner too long, but I did get to have fun in the photo booth, and here Jen talk.  I loved what she said about isolation, because she is so right, the isolation is what is the hardest thing in motherhood.  We need community, and this community of mothers at Edel was just full of love.

So if I had to say what Edel was for me, it would be a community of ladies brought together by the internet, free of judgement, but full of love. 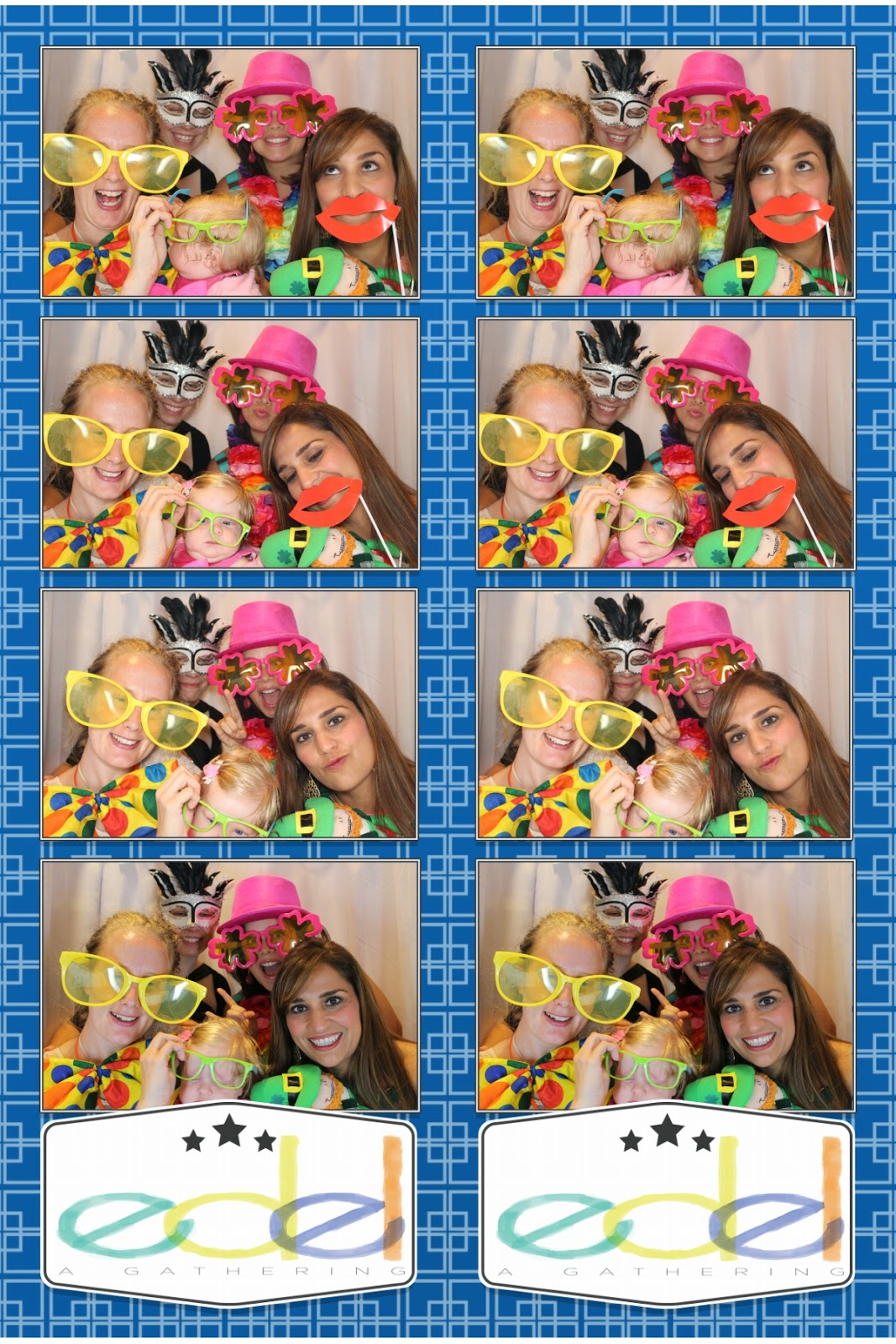 Posted by Contranaut Girl at 9:03 PM