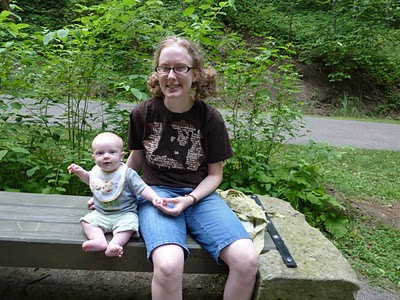 Well, I should play with the little smiler some more before his nap and thesis writing begins again. Hope this finds you well.
Posted by Contranaut Girl at 1:30 PM